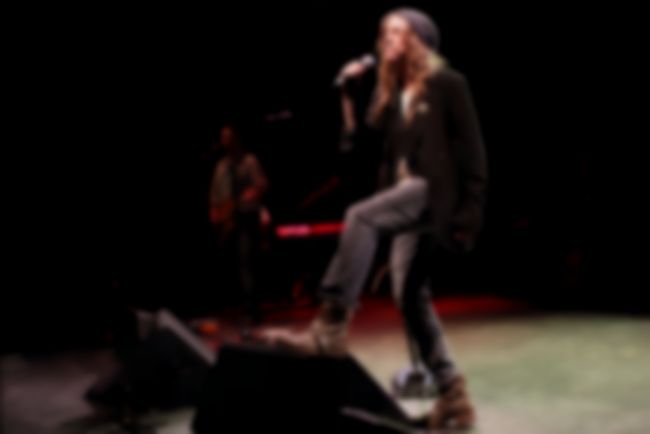 I’m not a religious man by temperament, but if Patti Smith decided to start her own church, I’d join it faster than you could say “L. Ron Hubbard.”

Sixty six years old, and still rallying against the injustices of the world with the searing passion of a fire-and-brimstone preacher, the “Godmother of Punk” remains both relevant and riveting in an era where many of her peers churn out the hits with the vibrancy and joie de vivre of Adrian Chiles reading a phonebook.

Given her legendary stature, it is remarkable how down-to-earth she is. Utterly free of ego, poking her finger in her ear and talking about farts in between playing the proto-punk classics that inspired musicians from Morrissey to Martha Wainwright. Patti has the air of a wonderfully eccentric, old school leftie aunt about her. She is militant in her politics, dedicating songs to the protesters in Istanbul and those incarcerated at Guantanamo, but she declaims with genuine wisdom and wit (“Today I learned how to conquer evil- it’s simple, be good”), and unlike some who use the stage as a soapbox for political evangelism *coughs*WayneCoyne*coughs* it all fits naturally with the flow of her set.

And man, what a set it is. The material from her most recent album, Banga, is some of her strongest in years, recalling the latter-day work of her one-time collaborator Bruce Springsteen, but inevitably, the highlights are derived from her 1975 masterpiece, Horses.

Although she has a fine singing voice, whose timbre has only richened over the decades, it’s her spoken word that truly marks Patti out as one of the greatest cultural figures of our times. With the ferocity of Nick Cave at his most demonic, ranting like some godforsaken harbinger of the end-times, she tears into ‘Land’ with an frightening and utterly mesmerising intensity, augmented by the insistent, minimalist guitar work of Lenny Kaye, before seguing into the almost cathartic euphoria of ‘Gloria’.

It’s a truly stunning display of musicianship and stage presence, and one that perfectly encapsulates this most iconic, inspirational and incredible of talents.