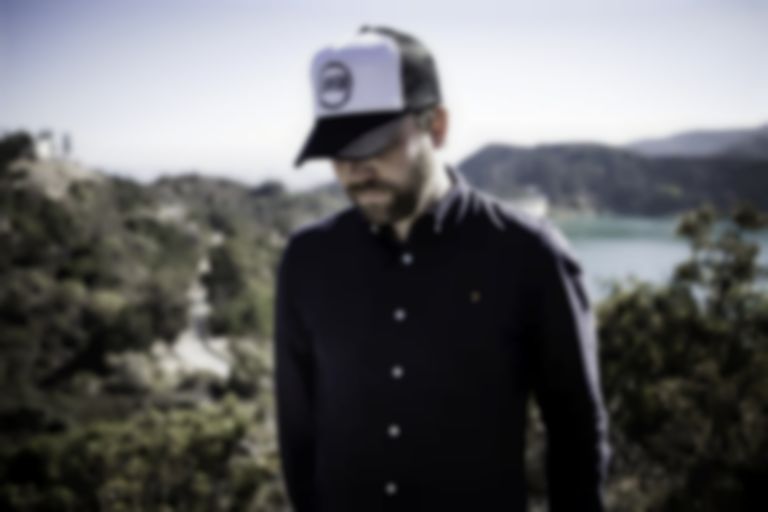 Try as he might, Scott Hutchison just can’t dampen the excitement around his solo dalliances. In the press he’s done in the run up to the release of the eponymous MP he’s recorded under the name Owl John, he’s spoken of the project in the same tones one might discuss a mid-course palate cleanser. It’s something to warm him up for the next Frightened Rabbit album, to clear any unpleasant memories lingering from the last. The trouble is: it’s bloody good. And while most of the legions gathered in the paradoxically sweltering Oslo tonight won’t yet have heard said record, they’ve come in anticipation of hearing a songwriter at the top of his craft. As they filter out into the Hackney night, the warm glow surrounding them suggests they’ve not been disappointed.

Hutchison and Frightened Rabbit burst onto what was a thrilling Scottish music scene nigh on a decade ago. Seeing Hutchison play his first London solo show on the same bill as a slimmed-down Twilight Sad seems fitting. The Twilight Sad were Frightened Rabbit’s closest contemporaries when they emerged. The fellow FatCat alum have ploughed an arguably more experimental furrow than their pals and that path has been thrilling at every juncture. But it’s a treat to hear the barrel-lunged James Graham, accompanied by only an electric guitarist, sing some of the finest cuts from that most haunting of debut records, Fourteen Autumns and Fifteen Winters. Sonically, they’ve explored darker and moodier angles since then, but few albums have encapsulated the angst of the journey to adulthood more noirishly than this. “Cold Days From The Birdhouse” is as immaculate as ever, while the bellowed chorus line of “And She Would Darken The Memory” (“Head up dear the rabbit might die”) sounds oddly appropriate given Hutchison’s recent admission that his band’s future has been up in the air.

On tonight’s evidence though, Owl John has yet to tire of his day job. He will, on another night, have been cursing his decision to open the floor to requests so early in the show. No sooner has he delivered the opening one-two of new track “Hate Music” and Midnight Organ Fight‘s opening gambit “The Modern Leper” than he announces the order of the evening: “I’ll choose a new song, then you can choose an old one.” Those that buy him a drink have more chance of succeeding in their requests… queue a smorgasbord of whiskeys, rums and Jaeger-bombs making their way to the stage, amid a barrage of badgering and demands. But the mood is playful, and as a model, it works as well as any and adds a real levity to the occasion.

Most of the new set gets a run through, while Hutchison only half keeps his pledge to ‘play the hits’, as it were. For the other half he cherry-picks some of the rougher diamonds from his band’s oeuvre, including the superb “Fuck This Place”, which originally featured Traceyanne Campbell of Camera Obscura on vocals, and the rousing “Scottish Winds”, plucked from the same EP. Other highlights are the sublime and loquacious “State Hospital” and “The Wrestle” from the Winter of Mixed Drinks, an album which goes up in my estimation every time I hear its tracks played live.

Some of the new material fits seamlessly. The gorgeous “Ten Tons of Silence” and “Los Angeles Be Kind” could really have been lifted from a Frightened Rabbit record. But it’s great to see Hutchison hammer out the slightly more discordant “Red Hands” and aforementioned “Hate Music” with such aplomb, for these are the two most interesting and tangential of the Owl John tracks.

Ultimately though, the sense that Hutchison is blowing off some steam prevails and helps make this such an enjoyable performance. “I can’t normally hear the crowd singing when I’ve got a band behind me,” is his response to a few rancorous crows at the front after “The Wrestle”. “”Poke” is gonna suck…” And right enough, the squawks return, missing both tune and time through the obligatory finale, but they fail to put the dampeners on a night which reflects the material it’s designed to promote: tuneful and scruffy, but full of unmistakable quality.