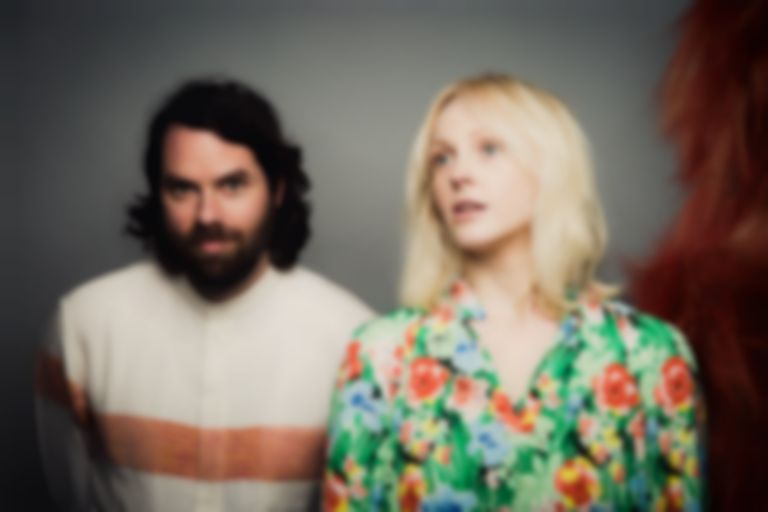 LUMP is a wild experiment gone mad; an in-joke taken too far; a suggestion from a man late one night at a bowling alley that somehow turned into reality.

When Laura Marling and Mike Lindsay grace the stage at Oslo - which is incongruously too small for the former’s stature - there are no words spoken. There is just a slow build-up and fiddling that is characteristic of what you’d expect given the side-project’s EP release last Friday. It’s all staccato beats and chopped-up woodwind, and a sonic creation is built which is not a million miles away from Bon Iver's 22, A Million. But that’s where the subtly ends. What actually transpires, when this four piece hit their rhythm, is something much closer to hard rock psychedelia than check shirted woodland longing.

Lindsay, standing right of stage, looks more mad scientist than rockstar. He plays his guitar like an instrument of apocalyptic potential, hitting every note with a manic glee and eyes firmly peeled back. Marling, by contrast, is much more controlled but no less enthralling. She appears like his doll made animate, head tilted up towards the mic, arms down by her side and pale skin illuminated. The whole thing works as a spectacle. LUMP bash through their six tracks in order and hit the curtain. ‘Late To The Flight’ stirs, ‘May I Be The One’ chills and ‘Shake Your Shelter’ leaves you wanting more.

But there is nothing. No more, no words, no encore. Just a wild night of psych rock experimentation and one questionable yeti appearance.