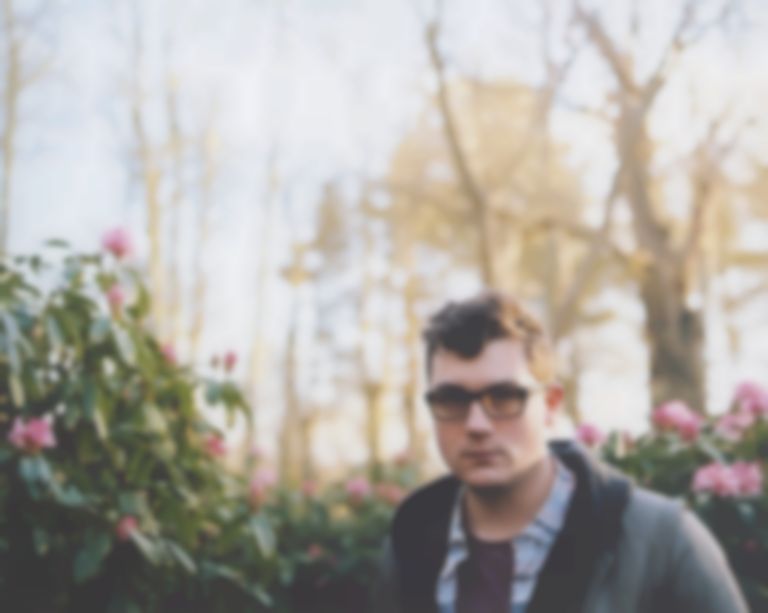 ​Composed during improvised sets over the course of a six-week residency at the Wysing Arts Centre, Luke Abbott’s second album, Wysing Forest, began its long journey from inception to release as a sight-specific work. He went on to spend two years editing it into an album, finding the common threads and strands that would lead to an extraordinary sonic experience. Because that’s what the album is: an experience. It’s dance music for the head, rather than the feet. His music is intimate, textured, tenebrous and challenging. Tonight, at St. Pancras Old Church, the lucky few to get tickets to his London headline are witness to the power of this artist at work.

Music in churches is hardly a recent phenomenon. It certainly took a while for secular performance to carve out a niche in these old stone buildings, but these days you don’t have to look too far to find a nearby church offering an eclectic musical program. They come in all sorts of shapes and sizes, and St Pancras Old Church, a venerable little chapel tucked away behind one of the country’s largest transport hubs, is an understated old C of E parish church, but one which has recently embraced contemporary music with open arms. Tonight, the tiny place is packed, and a predominantly seated audience applauds enthusiastically to welcome Abbott as he emerges and takes his place behind his desk.

The truth is that, despite classical and acoustic preeminence on the church music scene, live mixing is uniquely and overwhelmingly suited to this ecclesiastic setting. From behind an altar, a man goes about performing acts that are shrouded in mysticism, especially for the uninitiated, communicating with great feeling and power but in an uncommon language. This, folks, is how the Catholic Church operated until 1967. Abbott gives an understated wave, and sets off on an exploration of themes and beats. He cranks at levers, pedals and dials like a frantic Wizard of Oz, racing across to attend to some new loop or frequency, expanding and contracting, building pulses and hisses and twitches. It’s simply breathless at times; a wordless and structurally obscure hour of virtuosic probing at the limits of what dance music really means.

Because, while a dance concert where most of the crowd is seated in rows of pews seems unusual, in practice it makes perfect sense. What his experimental new album tells us is that this music can be cerebral above all else, if we only want it to be. In terms of musicianship it is closer to a classical concert than a club night, or perhaps we should see him a jazz maestro, finding joy in playful improvisation. There are moments when definite parts of Wysing Forest can be made out, particularly the plaintive organ sounds of “Amphis” or the minimalist bleeps of “Highrise”, in all its Reich and Glass influenced glory. But in truth, hooks are hard to come by, and they are not really this man’s stock-in-trade. It’s not the sort of gig that you’ll leave whistling the hit. Solid melodies and beats arrive, but are not entertained long as they are subjected to brutal, almost satirical deconstruction.

Maybe the strongest charge that can be leveled at Luke Abbott is that his music is too high-minded, too intellectual, too willfully artsy. When his first album, Holkham Drones, arrived he felt thrillingly leftfield but still eminently danceable, somewhere between Amon Tobin and Jon Hopkins. And there are moments in this set when he hints at a tangible dance rhythm, complete with techno and cumbia inflections. But in truth, this music is at its most powerful when it generates a state of meditative hypnosis, and this is the perfect setting for that. At one point, as an emotive chord pattern builds out of a deep silence, the bell in the church tower chimes ten. It is discordant and arrhythmic, but it somehow fits perfectly. A happy accident, never to be repeated. No doubt Abbott enjoyed it too. At the end, he simply closes his laptop, gives another wave, and walks off. It’s an understated kind of performance, from a man intent on squeezing all the potential out of every microscopic detail.