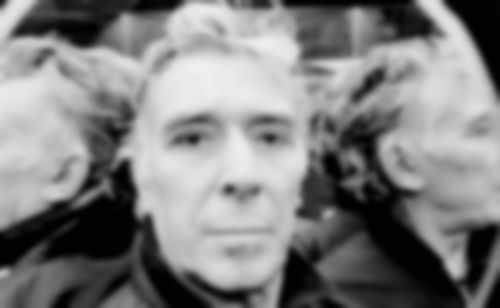 Unlike many propagators of nostalgia selling their distant youth to the highest bidder with a cap-toothed smile and a snook cocked at the very idea of integrity, John Cale has rarely traded on his illustrious past. When he has it’s been for the most part with a certain dignity and aplomb – his live recreations of his seminal 1973 album Paris 1919 two years ago are so well liked even “Our Glorious Leader” Steve Albini raves about them, while his reunion with Lou Reed heralded the majestic ‘Songs For Drella’ album from 1990, a suitably wonderful tribute to their mutual friend Andy Warhol. Of course it’s probably best to discount the brief Velvet Undergroud reunion of the early 90s (which heralded some of the most disappointing live shows of any of the band members’ respective careers) but hey, we all make mistakes.

Tonight Cale will be mostly concerned with the present and the very near past but first we have a very nervous, extremely grateful Lucy Rose. The much-hyped singer/songwriter has already realised, at the tender age of 23, that simplicity serves her well. A Joni Mitchell-like heartstring pluck of a voice is accompanied by straightforward, unadorned folk guitar; ungilded melodies propped up and swept forward by memorable lead lines and attention-holding time changes. This is appealing stuff and, happily, a song she announces as brand new is the best of the set. The vast stage, burdened only by her tiny frame, is weighted heavily with her potential (and loads of John Cale’s kit but that’s not very poetical now is it?).

Cale appears on-stage without fanfare but resplendent behind his keyboard daubed pink in the jacket and white of the hair, the handsome bastard. What follows is nearly two hours of often challenging, always accomplished art-pop (for want of a less punchable term) that reverberates around the 1950s utilitarian walls of the Festival Hall like so many rogue sound waves looking for a home in your head.

From prolonged opener, 1979’s ‘Captain Hook’, an awkward prog march through Cale’s furious and angular views on British colonialism (maybe) to recent single and Danger Mouse collaboration ‘I Want To Talk 2 U’, a Lynchian modern pop song that pushes at the edges of commerciality with one hand and pulls itself deeper into a grave of obtuse phrasing and atonality with the the other, Cale displays the lifelong trait that Paul Weller has seemingly only just mastered – how to be at ease with modernity in all its’ forms and shape it into your image.

There’s much of his most recent material here that could be attributed to a band like Radiohead were it not for that rich Welsh growl of Cale’s – ‘December Rain’s lush electronica (which also boasts the wonderful line ‘Trying to keep the noise down/With your knife in my gut) and ‘Scotland Yard’, a scared little tune about the Leveson inquiry and the London Riots, are easily the equal both in fleeting beauty and knife-edge paranoia to anything Yorkey and his mates have come up with over the last few years.

Effortlessly cool and similarly artistic Cale also manages to pull off a trick that would challenge the finest of live performers – the marriage of keyboard and sequencer to squealing, overdriven guitar. Even though Cales’ band are intuitive, tasteful and all-round superb players that is not a sound you’ll often be happy to hear unless you fancy a bit of Frank Zappa or some 70s LA studio wankery. Same thing? Hmmmmm. Anyway, here, that terrible prospect is turned into something challenging and interesting as on the squalling newie ‘Cry’.

Things move up a gear as Cale thunders through the intellectual metal of ‘Helen Of Troy’ (boasting the excellently offensive line ‘Say hey, baby I fucked your mother’) with an electric guitar strapped to him as well as the immensely tuneful ‘Things’ from 2003’s HoboSapiens strummed out on a very temperamental acoustic.

Leaping from rockist chuggers like ‘The Hanging’ to electro-infused anthems like ‘Nookie Wood’ without halting for much in the way of breath nor conversation, Cale lacks the urge to try to get people to sing, clap along or get up from their seats, which are lovely and comfortable thanks very much.

“Give us the hits” screams a vaguely disgruntled fan as we bob our heads to another tune from new album Shifty Adventures In Nookie Wood. Cale wisely resists even an acknowledgement of this kind of Saturday night silliness, though it’s at his silliest that Cale truly excels – the most excellent moments of the whole night being the Devo-licking ‘Satellite Walk’ which, were it being performed in Dalston by some kids without socks on would be hailed as a modern masterpiece and the Ray Johnson tribute tune ‘Ray’ which lurches from tin-shed experimentia to blue-eyed soul pausing only briefly to list the failures of the 1960s with a wry grin.

The night closes with a tiny nod to the past – albeit in the form of a cover of the Cale-produced Modern Lovers tune ‘Pablo Picasso’ (latterly made a bit less famous in a terrible translation by David Bowie)– a vicious, funny, memorable strut of a tune with no concession made to traditional structure or form. For a song written by someone else, it typifies Cale’s approach immaculately.

With the stench of a thousand disinterred lesser bands and ‘artistes’ ripe in the cultural air, it’s a sweet relief to get a lung full of modern sophistication, style and swagger from a grand master.