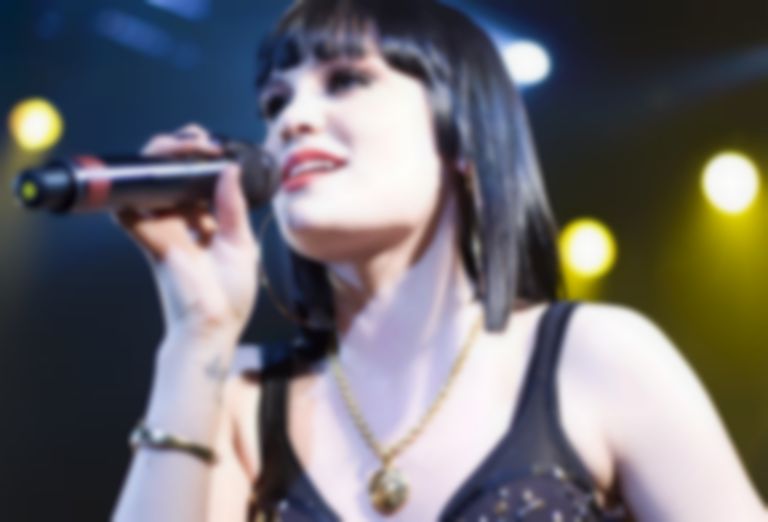 -
All photographs by Tom Salter

Not only is she fabulously fashionable – with risqué looks and lyrics – but she’s got the sharp hair and simple surname (Katy B, anyone?) to match. She’s touted tabloid-friendly tales of her bisexuality, a worrying but non-fatal teenage heart problem and a string of high-profile associations extends to the rather dubious honour of having written a Platinum-selling single for an American teen pop puppet Miley Cyrus. Another song – apparently written “with Rihanna in mind” – went on to become her first UK chart hit, charting one spot from the top late last year.

Oh, and Nicki Minaj loves her too.

Thanks to some impeccably perfect branding,  Jessica Cornish – better known to the world as Jessie J – has found herself sitting at the top of the pops, with a sound somewhere between the best selling R&B/pop mash-ups of the Pussy Cat Dolls and the tempered edginess of Lady Gaga, with a bit of rapping and gurning thrown in.

If she wasn’t 5′ 9” I’d put money on her being (X Factor finalist) Cher Lloyd in disguise. Not only is she actually British, she’s got an estuary accent – which makes her “real” (just like her fans, innit?). It’s all frightening well-oiled. She’s the Pot Noodle of popular music, with all the ingredients for an instant hit. 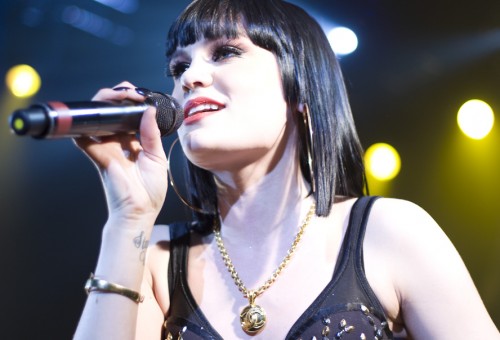 Being the type of person who not only reads finger-on-the-pulse music blogs but also writes for them, I walk into Jessie J‘s show at Shepherd’s Bush Empire with a shopping trolley full of cynicism.

Surely I could be forgiven for taking one look at her BBC Sound of 2011 status and smirking my way through the Brit Award’s Critics’ Choice singer’s hour-long show? Especially when I could have sworn I saw Theo Walcott watching from the first floor balcony. Yet I actually wanted her to prove me wrong. Jessie J may be sweating buckets of mass appeal but that shouldn’t make her undeserving of praise – if it’s due.

As the 23-year-old appears on stage behind a transparent screen, my first impression is filtered through the unprecedented reaction of her audience, who squeal, shout and roar with utter delight at her arrival. It’s like an X Factor final but without TV runners holding up “applause” signs. The atmosphere is pure excitement and with more energy than a cellar bar full of Red Bull as every girl, boy and granny in the crowd screams her name, begging her to begin. 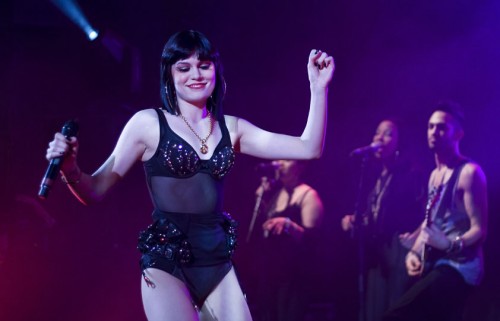 When the curtain finally rises, Jessie saunters into view wearing something out of an Ann Summers catalogue, adorned with sparkly bits in the right places, and sporting her trademark sharp black shiny fringe. The girl is clearly designed to shock – as demonstrated by impromptu fits of Peaches-inspired crotch thrusting in the video for ‘Do It Like A Dude’ and, well, that outfit.

There’s no denying she can sing – and her stage school grooming makes her note perfect to the average ear. She’s also mastered the art of spontaneously mad Jade Goody-style cackles (‘Who’s Laughing Now’) and mid-song dance deviations (every ten minutes, or so), which may or may not have been part of her Brit School training. However, her faux-Caribbean rapping is even more unconvincing live than on the radio and threatens to turn the gig into a hip hop pantomime version of Caberet. She even looks slightly awkward at times, pausing to gaze out onto her fans as they mouth every word of every song.

Despite this – and for all her industry polish and years spent writing songs for LA’s rich and famous – there’s something endearing about the ungainly way she swoops across the stage, like a 50 Cent doing Bambi on ice. 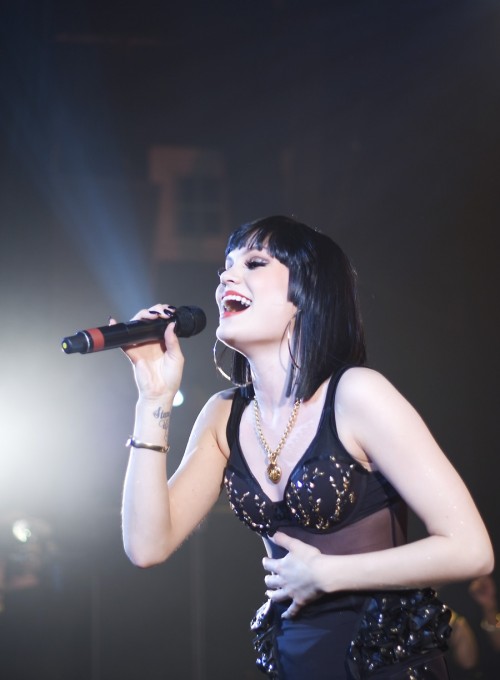 ‘Price Tag’ still sounds like Black Eyed Peas mega-hit ‘Where Is The Love’ and Christina Aguilera told ugly people they were beautiful long before Jessie took her Brit School GCSEs, let alone thought of penning ‘Who We Are’. And I’m sure Jessie would be the first to admit that Lady Gaga was championing gender-benders and freaks well before the North London lass set foot outside her home patch of Redchurch (which isn’t in Essex). But despite all of that Jessie J is not only fun to watch but is alarmingly popular – three thousand passionate fans told me so on Tuesday night.

Does that make her worthy of all the hype? Probably not. But for a popular person to say it’s OK to look odd, be different or even dress-up like Liza Minelli, and at the same time make people smile, cheer and sing along is a good thing. And once the money makers have milked her debut for every penny it’s worth, maybe Jessica Cornish will sit down and write another one that shows more of her real charm and less of her record company’s desire to top the charts. 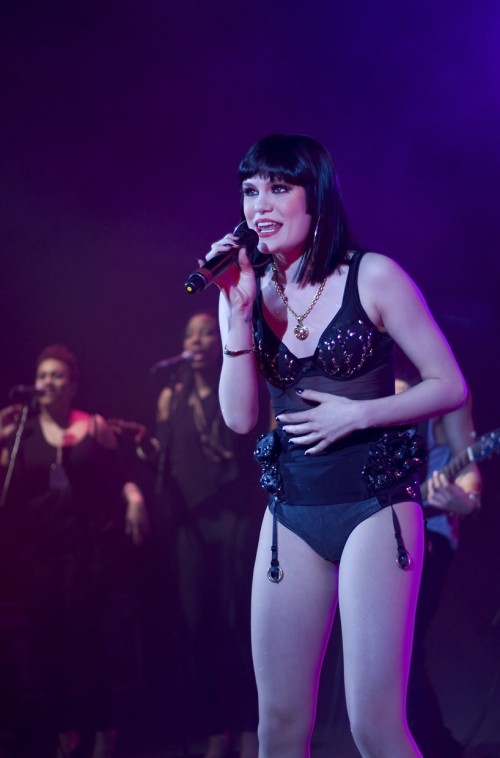 At the very least I expected to form a firm opinion of the artist not-so-subtly branded as Britain’s Answer to Gaga, but I’m not sure I did. Jessie J could be parading around smug in the knowledge that she is taking Radio One listeners for their latest ride. Equally she might truly believe in what she’s preaching and have a penchant for Black Eyed Peas: fair enough. Either way, she’s fast becoming the sound of 2011, as predicted by the Brits and the BBC. And the three thousand I met on Tuesday night wouldn’t have a bad word to say about that.