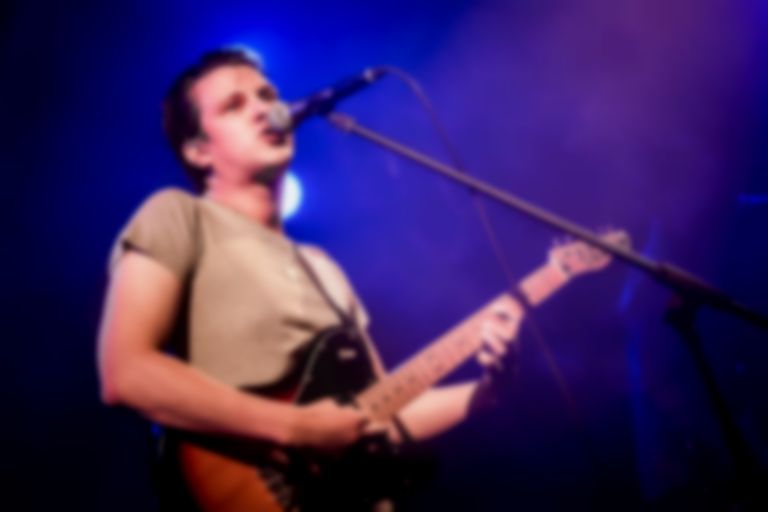 You can shred those missing persons reports now; Jamie T is alive and well. It’s been just shy of five years now since he released Kings & Queens - four since he played live - and it’s not unreasonable to wonder whether his fanbase will have dissipated in that time. Fans of alternative music are fickle. They forget quickly. Every now and then, you’d spot somebody popping up on Twitter - “whatever happened to Jamie T?” - but I hadn’t seen any kind of broad clamour for his return beyond that. These days, you often can’t afford to spend that much time away; look at Franz Ferdinand, for instance, who went from arenas to academies after leaving four years between albums. There’s always a chance Mr Treays is going to have his work cut out.

On this evidence, though, it should be plain sailing. He swaggered onstage - broader of shoulder and slicker of hair than the last time I saw him - like he’d never been away, with a smirk etched across his face that belies the fact that this is only the second time he’s done this since 2010. He had the guts to rip straight into a new song too, “Limits Lie”, which sounds a little livelier than recent comeback single “Don’t You Find”. That track follows, and the crowd know every word already; its dark melancholy, though, wasn’t what they came for. Track three was Panic Prevention cut “So Lonely Was the Ballad”. The second he kicked into it, the audience exploded.

It was a quite remarkable spectacle; every person crammed into the tiny room shouting the words back at the stage with a relish that bordered on aggression. On the floor, any semblance of order quickly dissolves. Outside, tickets were allegedly changing hands for in excess of £100, but any suggestion that this crowd is not assembled of the hardcore is frankly ludicrous. When he segues into “”Salvador”, he tries to draw out the time between playing the track’s opening guitar note and his first line, but the crowd have already got his number, roaring into the song before Treays has the chance to. Seconds later, a bra flies over his shoulder. The relative sparsity of Scouse accents amongst those attending, with the city’s student population away for the summer, suggests that many have travelled to be here tonight. Absence, as they say, makes the heart grow fonder.

This is a quick-fire set, lasting a little over an hour, and Treays has enough confidence in his new material - Carry On the Grudge won’t be released until September - to air five new songs; of the fresh picks, “Murder of Crows” is the standout, taking the brooding atmosphere that permeates “Don’t You Find” and marrying it with an air of genuine belligerence. In fact, when he released that single, he was quick to suggest that it wasn’t necessarily reflective of the album’s sound, but “They Told Me It Rained” borders on balladry, Treays casting himself as “the boy who would be king” over walls of shimmering guitar. The main set’s closed out with the only real “hit” from the Panic Prevention era to make the cut, “If You Got the Money”; those hoping for “Sheila” or the entirely-appropriate “Back in the Game” go home disappointed.

He disappears briefly, and the spoken word intro to “The Man’s Machine” kicks in. It’s one of the best songs he’s written, simmering towards the final singalong chorus with real purpose; he pairs it with the raucous “Sticks and Stones” for the encore, which has the place in ferment one last time. With a quick promise to be back “soon”, he’s gone again; if the crowds at the other three intimate shows he’s booked are anything like tonight’s, he can be in no doubt about whether there’s still love out there for him. Perhaps there’s something to this extended hiatus lark after all.