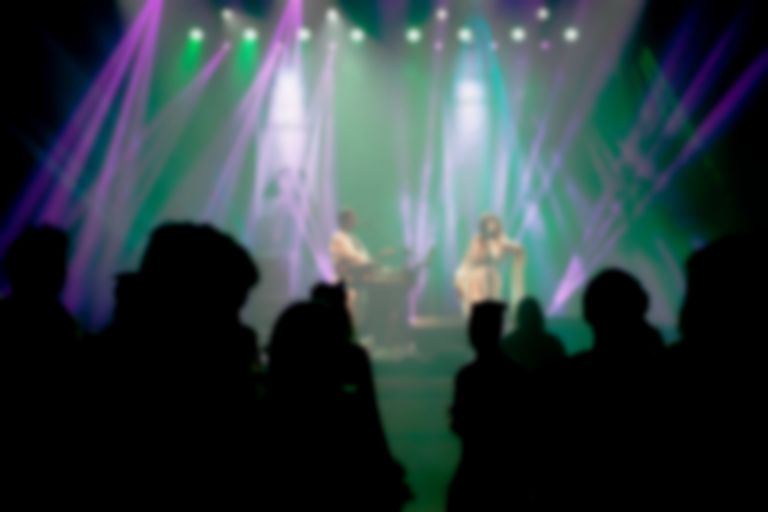 The UK's premiere Nordic Club night returned for its second extended affair this past weekend and we were there to capture every night. 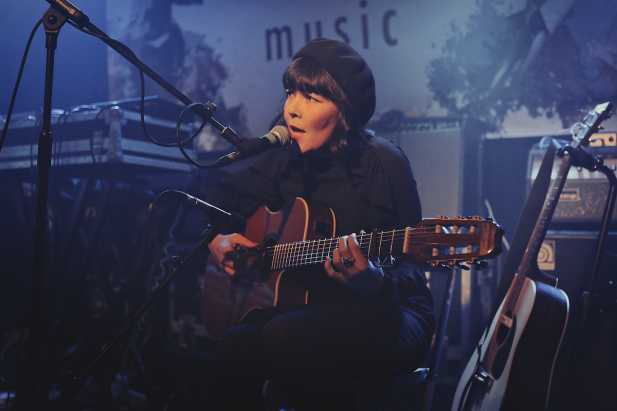 Ja Ja Ja Festival kicked off its first night at its well established Lexington home. Opening the 2014 festivities is Swedish born Sandra Sumie Nagano - known simply to the room tonight as Sumie. The sister of Little Dragon's Yukimi Nagano, Sumie creates a world of richess with nothing but her guitar and her voice. The Bella Union signed singer charms the audience with her self depricating manner; arresting, heartbreaking and somehow austere at the same time. She keeps worrying about how different she is to everyone else on the bill tonight but she needn't worry, she stands out as a uniquely arresting voice.

Icelandic duo Low Roar are up next. The brain child of Ryan Karazija - who traded in the sun and surf of his Californian home for the stunning and sparse landscapes of Reykjavik a few years back - Low Roar recently let loose their second album 0 and the incredible acts contained therein are on display tonight. The fragile, shiver inducing "Breathe In" is an intoxicating and languid spell; emboldened tonight by crackling electronics. "Easy Way Out", "Half Asleep" and the spellbinding nature of "I'm Leaving" stole the show before Finnish pysch rockers Death Hawks took their turn. Slow, rolling jams pervade the air, the band's twisting guitar strings sounding as if they've had to fight their way out of the speakers. It takes a lot to stand out as a pysch band in 2014 - you can barely move for revival acts exploring the depths of bygone eras - but Death Hawks bring in the dust bowl blues and hypnotic guitars of the 60s and 70s in such a way that sees them scrambling ever upwards towards the top of the modern pile.

With his blindingly white blond short cropped hair, Denmark's Asbjørn brings a little pop to proceedings, and a little disco too. Feeding off the buzz of the audience, his sophisticated and elegant offerings take on a new lease of life - their breathy inceptions are bolstered yet cautious. As melancholic as they are vibrant, Asbjørn's Pseudo Visions get a perfect UK debut amonst a rapt audience.