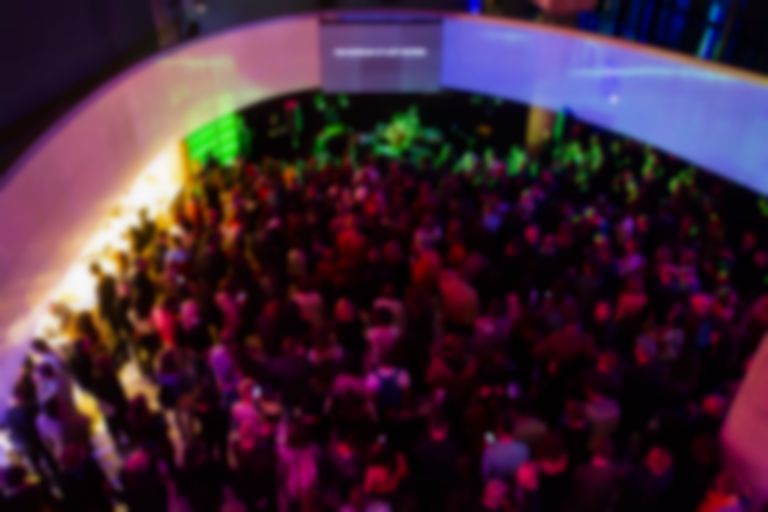 Illuminations is a new type of festival. If the idea of events set over different venues in a town under a single banner has become commonplace, Rockfeedback have deconstructed it one step further by spreading it out over two weeks.

My version of Illuminations kicked off in the auspicious surroundings of the Museum Of London, to which we gained entrance via a walk through scanner reminiscent of an airport - a salient reminder that we are right in the heart of the city.

After orientating ourselves we discovered that the main action was set in the lower reaches of the museum in a sort of circle with different rooms housing different themed performances. The main stage, set in the basement vestibule, kicked off with Forest Swords debuting their new piece Shrine, bringing together contemporary dance and music which was all stilted beats, breaths and body parts. The transient nature of the audience possibly heightened the experience as we were sucked in and out like a collective organ engaged in the tension between the vulnerability and strength of the human body.

One of the best moments of this evening was when I stumbled across a room with mini modular synthesisers and various other electronic goodies to play around with. It was genuinely heart warming to see people engage with the synths, drum machines, noise boxes, effects pedals and all sorts of musical treats with beer in hand and supervisors who had a genuinely relaxed and exploratory air about them.

The climax to the evening was a performance from Drones Club who hammered home a set that recalled the Pet Shop Boys but had the same sort of gang mentality that Fat White Family get so right. It was an engaging performance that seemed to play with preconceptions of our world with a mixture of burqas, bullet proof jackets and aviators onstage all dancing and playing to the same infectious 90s-infused techno beats.

The next leg of Illuminations I made it to was at the Barbican. There was a truly international feeling to the performances with the collaboration between Vanessa Wagner and Murcof bringing together France and Mexico respectively followed by Lubomyr Melnyk, a Canadian of Ukrainian origin born in Munich. It felt like a secret celebration of the world coming together in the myopic dystopia that is 2016.

Wagner and Murcof, performing songs off their covers album Statea, were at their best during the more ambient moments as Murcof's drones, distortions and bass surrounded then moved in and around Wagner’s sympathetic and elegant piano. Once or twice the introduction of beats intruded on the blissful ambience, bringing it back down to an Earth which they had done so well in transcending.

Next we were introduced to Lubomyr Melnyk and his continuous piano music. He entered from stage right to a microphone and instantly endeared himself to the audience with his humility and child like enthusiasm for his instrument. Melnyk talked about the piano in the sonorous manner of a wide eyed teenager and his first love. His demeanour, however, belied his master craftsman’s control over his piano and you understood the endless hours of practice - since which he has become an old man - and you were left thankful of it. Of the four pieces he performed the standout for me was "Butterfly" - as he gleefully explained, the ideafor it came from playing the piano in a hotel lobby only to be ignored by all the busy passers by until some children happened past and sat down and actually appreciated and understood the music. Tonight, you felt that there were participants and his music was enjoyed by all.

A few nights later found Radiohead's Jonny Greenwood, Shye Ben Tzur and a cast of musicians from Rajasthan performing their landmark album Junun at the Troxy. Although Greenwood is easily the most well known musician on stage in the western world he showed a refreshing lack of ego; happy at the back allowing his fellow musicians to take the centre stage. There was a clear sense of fun that exuded from the performance and really resonated with an audience that got to witness a music that rarely finds such a big stage over here.

The final event of Illuminations came a week later in a dimly lit Electric Brixton. Pantha Du Prince was the main draw for the evening but he was ably flanked either side of his set by an immersive and challenging work by Gazelle Twin and a euphoric banger of a set by The Field.

This unique festival found a way of curating life; taking you round the world without leaving Zone 2, from electronic to acoustic and back, from sound to vision, from a basement into space and through two turbulent weeks in politics. Everything is illuminated.