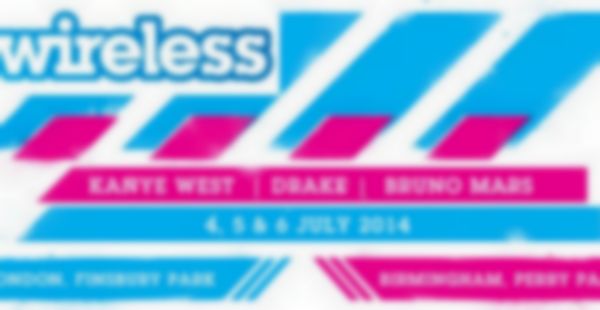 Finsbury Park has some of the nicest and roughest boozers I’ve ever frequented, three new fried chicken shops arrive at the same time as every Time Out-approved restaurant, and by day there’s a child-friendly bowling alley that morphs in to the filthiest of RnB night clubs come 10pm on any night that’s not a school night. When Algeria win a World Cup game, Blackstock Road is closed due to people setting off fireworks atop bus stops. The adjacent street used to come to a standstill due to Abu Hamza waving his hook at the gathered masses who’d come to listen to his hateful sermons delivered outside the local Mosque. I love Finsbury Park, precisely because it has no idea what it wants to be.The same could until recently be said of Wireless Festival.

The first one I attended was held in Hyde Park, headlined by Morrissey and Beck. That during the intervening years Wireless could have mutated from a showcase of indie rock big hitters of yesteryear into a platform for the biggest artists in the worlds of hip hop and RnB - via a stint at the Olympic Park last year, headlined by Justin Timberlake and Jay Z’s ‘Legends of the Summer’ - is, to put it mildly, surprising.

This year, it boasted sets from everyone from Robin Thicke to Sean Paul, Ellie Goulding to Outkast, and not one but two shows from Kanye West (owing to Drake taking the idea of being the illest rapper in the game a little too seriously, and crying off sick). And the people who benefited from its identity crisis were none other than myself and the other residents of Finsbury Park.
I say ‘benefited’, but some of my townsfolk weren’t as pleased about the whole thing as I. Recent gigs from the Arctic Monkeys and the Stone Roses held here have seen morning after scenes of half eaten kebabs, broken glass, and vomit as far as the eye can see (this was just my room - and I didn’t even go). It’s certainly a lot of people to descend on a field more normally used to hosting kick abouts for overweight indie kids and the kind of person who nurses a quiet drink on a memorial bench at 10am.

But aside from a lot of very enjoyable, often brilliant and at times downright silly music, what I take away from my visit over the road to Wireless is how excellently Finsbury Park coped with the whole thing, and how suited the event and situ are to each other. There were people from Hackney Council stationed on nearby roads politely telling passers by not to empty their bowels in our front gardens (I saw you, Stone Roses fans), but in one of the many public toilets nearby brought in especially. The morning afterwards, the place was absolutely spotless, due to the magic of a thorough nocturnal spring clean. And inside, the view from all vantage points was excellent due to the park’s southward slope, with the sound pristine in every space I stood - come wind, rain, or brilliant sunshine, everyone seemed to have a right old brilliant knees up.

Playing a set bathed in solar rays particularly suited Pharrell Williams, who raced through an hour’s worth of hits designed to remind everyone that he in fact wrote every good song of the last ten, fifteen years. It included not only his own mega hits like “Happy” and “Hunter”, but also capital ‘T’ Tunes from Kelis, Gwen Stefani, Snoop Dogg, Daft Punk and even Robin Thicke, whose “Blurred Lines” went down a storm after a curious but timely speech from its creator about how much he admires “every single woman in the world”.

Kanye West’s following set was just as hit-laden, and yet all them more divisive. Over the course of two appearances, filling in for his “homeboy” Drake on the second, he delivered a masterclass in one MC, one DJ rap performance; exhilarating all in earshot with enormous hip hop classic after enormous hip hop classic (“All Fall Down”, “Jesus Walks”, “POWER”, Diamonds From Sierra Leone”, “Heartless”, “Stronger”, “Can’t Tell Me Nothin’” - I mean, really…). Yet exhilaration quickly turned to frustration as West began his famed ranting section in “Runaway”, embarking on ten minute plus streams-of-consciousness speeches that over the two days touched on everything from stupidly comparing his treatment at the hand of paparazzi in airports to being raped (yep, actually being raped) to the civil rights movement, his disdain for the fashion industry, and his dead grandparents. If the man didn’t have so many hits, he’d be a fucking laughing stock. But, rather importantly, he really does have that many hits.

Azealia Banks however only has one, and though her ever-impressive delivery and way with a neon pink was enough to carry most of her set, it was only during “212” that the crowd truly lost their collective shit.

Over on the Pepsi Max stage (a sentence I’m sure Nostradamus wrote before I got the chance), Earl Sweatshirt had a very different relationship with his back catalogue, and was engaging enough a personality to have everyone in the palm of his hand despite his tunes having next to nothing that resembles a chorus or hook: “Chum”, for example, was greeted like a stadium anthem despite it sharing nothing in common with one. YG’s brilliantly boisterous appearance on the Boombox stage aside - regularly halted to due the crowd having a right go at each other down the front - it was the most enjoyably aggressive performance of the weekend, Kanye’s muscle-flexing included.

Saturday though was owned in whole by Chance The Rapper, who ran constantly back and forth across the Pepsi Max stage as if trying to find the baby he left in a burning building, winning new fans with every exaggerated leap. The list of things that aren’t endearing about the man is as long as most people’s tolerance of Kanye rant - “Cocoa Butter Kisses” managed to be both romantic and unhinged simultaneously, while telling everyone prior to performing “Favourite Song” that, if they hadn’t heard it, it was about to become their new favourite song sounded boastful until it transpired that each of those words was to ring true. For a man who’s never technically released a proper album, yet alone had a hit, the showmanship and infectiousness of it all was staggering.

I was ready to have a similarly large smile on my face having exited Sean Paul’s set, but instead found my grin turned upside down thanks to a wildly lairy crowd seemingly communally intent, wherever one was to stand, on jamming me in the back, sides or backside with their pesky wandering elbows. Usually when I’m dancing to “Get Busy” (which, to his credit, sounded bloody brilliant) I have a much better time - but I’m not in a severely overcrowded tent with a load of drunks, either. I’m at that bowling alley I mentioned earlier.

Yet Outkast put a smile back on my face that is yet to fully have dissipated. It’s no exaggeration to call theirs the greatest live hip hop set I’ve ever seen, starting out as it did with an exploration of their slower, funkier, Deep South-ier side (the rendition of “Rosa Parks” being so awesome I might start a petition to rename Finsbury Park after it), and developing in to Stankonia-era classics like “Ms. Jackson” and “So Fresh So Clean” before solo turns for Big Boi on “The Way You Move” and Andre 3000 for “Hey Ya” made me feel like I’d died and gone to a heaven that turned out to be a big field opposite my house. They came back together for an equally brilliant “Roses”, and end on “The Whole World”, a song I’d all but forgotten but one of which I’m sure even Mozart would be pretty proud. That they only got an hour’s set time is a decision I will punish immediately should I ever become King of Earth.

The list of shows I chose to see paint the festival out to be a little more coherent a time than it was, however. If you wanted a Big Pop Weekend, that was there for you too - John Newman, Neon Jungle, Rudimental and Robin Thicke all clashed with things I’d rather have seen (which, in the case of the latter, was absolutely fucking anything), and Bruno Mars has somehow become the kind of act who can headline a festival over and above my beloved Outkast.

I dipped my toe in the pop pool with Labyrinth and Ellie Goulding but… nah. Sorry. Though Finsbury Park’s inability to decide exactly what kind of a place it is lends it a certain charm, Wireless Festival could do with continuing to define its USPs a little more clearly. It’s currently got a bit of a conveyor belt feel to it, no artist’s set time - Kanye aside, for better or worse - allowing them to explore anything but the most instantaneously enjoyable parts of their back catalogue, and areas it felt comfortable to have a bit of a rest in were few and far between (a valuable part of any festival experience, you’ll agree).

Thankfully, there was enough good music on show to keep everyone happy enough throughout. I hope they continue to refine what they want to be as a festival, and despite all the noise, transport chaos and tramped plates of noodles that come with it, I hope they continue to do it in Finsbury Park - a place which won’t certainly won’t be refining itself any time soon.