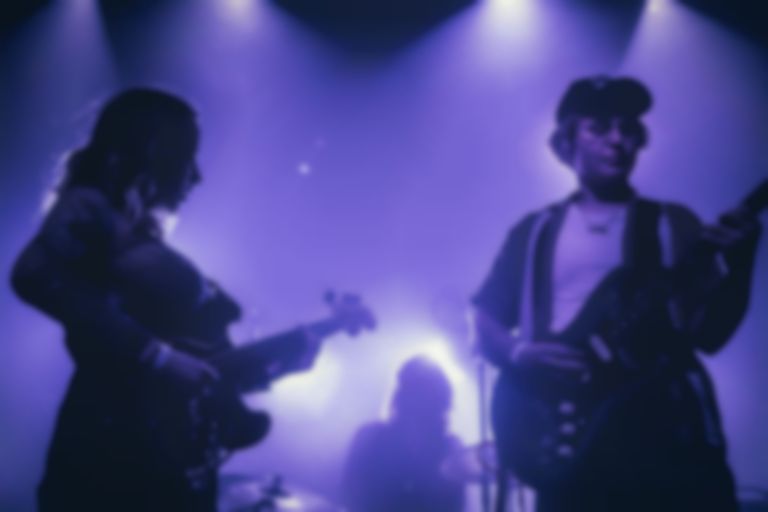 On sophomore album Powerplant, Girlpool showcase their growth as artists and musicians. Once just the pipe-dream of pals Cleo Tucker and Harmony Tividad, the now five-piece bring their distinctly vulnerable strength to London’s Village Underground.

Girlpool arrive to excitable screams; the enthusiasm of which visibly startles frontperson Cleo Tucker. Opening with their most recent single “123”, a respectful hush takes over the cavernous venue as Tucker and Tividad spin the first of many harmonies up into every nook and cranny.

Even the quietest of moments fill the entire space, as the words to fan favourites “Emily” and “Before The World Was Big” echo throughout. With much of the set focusing on new material, Girlpool are able to show the true extent of their natural chemistry as a band. Chat between Tucker and Tividad quickly yet unexpectedly turns into an impromptu Dizzee Rascal singalong, as well as a quick game of guess-the-band-member’s-star-sign. On paper, such antics could come across as rehearsed and contrived chat, but both Tividad and Tucker are playful and natural in their banter.

To witness Girlpool at this juncture of their lives is to witness a band ascending to their prime. It’s impossible not to be utterly transfixed by the sparse yet comforting guitars, as Girlpool soothe away the pains of the world. Whether it be the couples swaying in unison or the best friends swearing they want to start a band so they can be more like Girlpool; all throughout the room are people connecting to what is being performed to them.

Queer culture in 2017 is the focus of much debate and scepticism from those on the outside, but within the arches of Village Underground are a plethora of people from all walks of life revelling in the unspoken acceptance that to be queer is to be excellent.

Powerplant is out now.