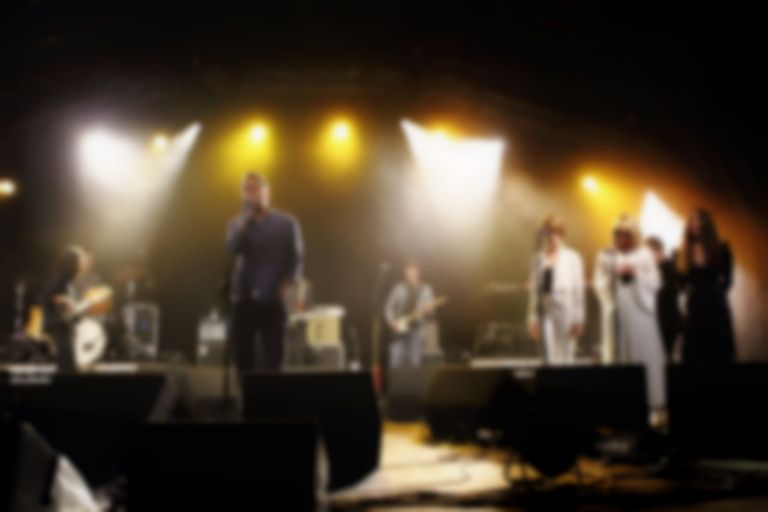 ​There are moments in life you know you are never going to experience again. Moments that you need to cherish, relive, talk about over and over again, pull apart with your friends to see if the hairs on the back of their necks stood up at the same point as yours did, that give you shivers like no other time you’ve heard live music. Last night, on the Garden Stage at End of the Road, the Gene Clark No Other Band gave the festival crowd one of those moments.

For whatever reason, Gene Clark’s incredible 1974 lost masterpiece No Other was regarded as a self-indulgent piece of nonsense, wasn’t promoted by the former Byrd’s label and was subsequently deleted two years later. Thirty-odd years down the line the album was resuscitated in a very unique way by Beach House’s Alex Scully and Victoria Legrand with the help of a few famous friends like Fleet Foxes’ Robin Pecknold, Grizzly Bear’s Daniel Rossen and Hamilton Leithauser from The Walkmen. All the aforementioned share a love of No Other and so much so that they decided the best way to pay tribute to Clark’s enduring legacy and genius was to perform No Other in full, and boy are we ever so grateful for this exclusive UK show - possibly the final time these players will come together to keep Clark’s flame alive in this way.

To pick out single moments from a show that was stunning from the second Robin Pecknold’s fractured croon gave new country life to “Life’s Greatest Fool” would be to do a great injustice to the collective whole, but it’s impossible to ignore the many, many glorious gems of moments that none of us watching, choking back the emotions, will probably ever experience again - no matter how many photos or YouTube clips we play over and over again to try to grasp, just for a second, that damn wonderful feeling. Daniel Rossen singing the title track, “No Other”, in his high, reedy choirboy voice, over stunning, deep stabs and rolls of organ will never sound quite so glorious on a clip as it does playing over in your head, backed by a choir of heavenly voices featuring not just Legrand but Wye Oak’s Jenn Wassner, you’ll never see Alex Scally, mop of hair bobbing delightedly, playing bass with quite such verve and passion and there is no doubt at all that you’ll never see Pecknold, Rossen, Leithauser and Fairport Convention’s Ian Matthews singing an encore of “Eight Miles High” together - so spine-tinglingly amazing that it leaves you open-mouthed in astonishment - ever again.

Words won’t do justice to the clear love and adoration that everyone onstage put into every second of No Other, so if you were there just recall the feeling when you looked at the person next you and their face expressed the joy looking for a way out of your body. If you weren’t there, multiply by one thousand the feeling you had when you were at your most happy - that’s how we all felt watching, feeling, living this wonderful album, this wonderful experience.