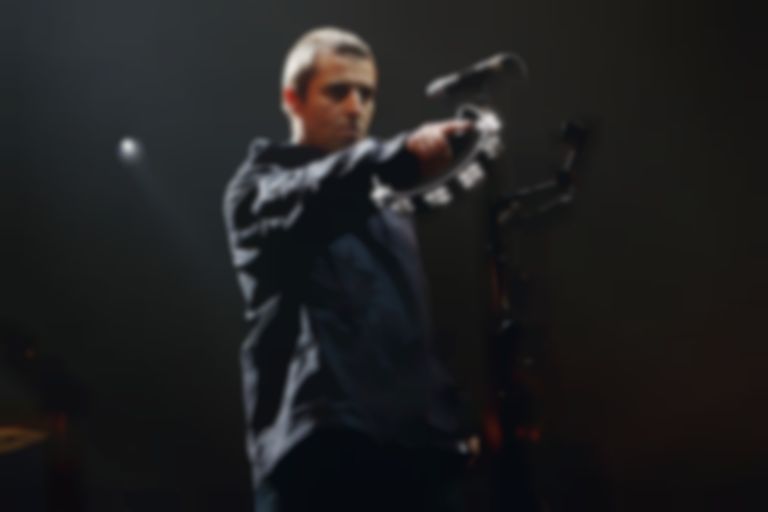 Love him or hate him, Liam Gallagher still knows how to get a crowd going, and in times where there is so much to be miserable about, we still need these anthems.

Throughout 2017, Liam Gallagher has performed an incredible feat. Post-Oasis, both Gallagher brothers have struggled to find some kind of footing and, up until recently, Noel seemed to be bounding ahead. However, after working out how to dominate Twitter and doing some serious work on his vocals, Liam released his first solo offering in the shape of As You Were. It clocked up over 103,000 sales in its first week, outselling the combined sales of the rest of the top ten albums in the chart that week. The album was essentially Oasis: The Second Coming, but its purpose was clear. Liam was back with a vengeance, and at tonight's show at Alexandra Palace, he's here to prove it in the flesh.

A few things are guaranteed when you go to see a Gallagher brother live. Firstly, you will be drenched in sweat and other possible substances that you will pray are only beer. Secondly, there will likely be a fight. Lastly, you will not have a voice by the end of the night, due to excessive singing. It’s too easy to be snobby about the simple craft of an Oasis anthem, but when Liam swaggers onto the stage against a white box that simply reads "ROCK ’N’ ROLL" whilst the opening riff of "Rock’n’Roll Star" blares out of the amps, the excitement in the room is simply infectious. The standard football fan mayhem breaks out, beers are thrown, arms are in the air and, most importantly, Liam is on incredible form.

Although the crowd is basically just Oasis fans, the really extraordinary thing is the fact that the new songs nestle in perfectly against the old classics. With "Wall Of Glass", arguably the album’s strongest track, Liam is able to not only keep the attention of the crowd, but they still seem completely transfixed by the domineering figure.

The backdrop of mirrors and excessive light displays do little to deter the attention from the man himself as he still possesses the magnetic stage presence that makes him such an interesting, if dividing, figure. As he works through "For What It’s Worth", another sing-a-long anthem, and "Chinatown", the crowd still passionately sing along with every word as though they’ve known them for years rather than a few months.

That’s not to say that the night doesn’t feature a few glitches, particularly in that the venue’s sound feels a bit flat at times, and even though his voice is sounding better than it has for ages, Liam ducks out of some of the higher notes in the songs, leaving the crowd to help him out. Not that anyone even really notices, they’re too busy enjoying the nostalgic giddiness that his mere presence seems to drum up.

No one has swagger like Liam Gallagher in full throttle. With his hood pulled over his eyes, his hands behind his back as he snarls into the microphone - the exact same stance he has adopted for decades now - he is stronger than he has been for years. Tonight’s show is not about breaking boundaries, and although largely predictable, it commands an energy that few other frontmen can ignite. Looking around the room as the final chords of "Wonderwall" play out, friends hug each other, screaming the words at the top of their lungs. Ultimately, the real power is the way in which these anthems carry a magic that seems to bring people together, and that can only be commended.