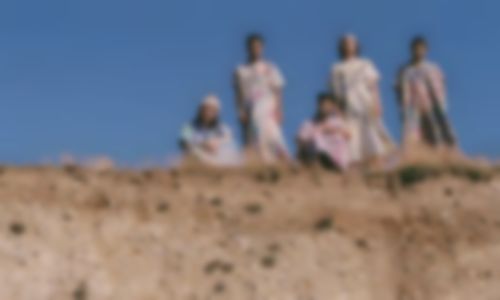 According to the ancient poet Pindar, “neither by ship nor on foot would you find the marvellous road to the assembly of the Hyperboreans.” Thankfully for fans of Flamingods, whose second album takes its name from the Utopian isle of Greek mythology, the “marvellous road” to their assembly can be found simply by passing the dodgy adult shops opposite Kings Cross and traipsing up Pentonville Hill. But whilst the five-piece can’t quite offer the eternal bliss of that ancient Grecian paradise (nor even the clashing lyres or crying flutes it was allegedly famed for), their music hits the mark more often than a volley of Zeusian thunderbolts.

Their origin story is worth recounting; a tale of four school friends from Bahrain (a Middle Eastern state better known to aficionados of geopolitics than alternative music) heading to London to study, before coalescing as a band at the Animal Collective-curated edition of All Tomorrow’s Parties. Based around Kamal Rasool’s bedroom-based solo compositions, incorporating an eclectic array of traditional instruments from around the globe, things were looking promising until Britain’s often counter-productive visa requirements forced Rasool out of the country, leading him to relocate to Dubai. Many bands would have called it a day there and then, but Flamingods kept themselves themselves going through the medium of the internet, creating Hyperborea purely through online collaboration. This geographical separation resulted in a sound driven by “themes of identity, belonging and alienation”, a vibrant hodge-podge of diverse musical traditions being smashed into new and interesting shapes.

Whilst Hyperborea is an excellent listen on record, Flamingods are best experienced in the flesh. At times their tribal headwear, multi-ethnic influences and air of mysticism recall hotly-tipped psych-rockers Goat, although Flamingods are arguably blessed with more substance than that bunch of prancing Swedes. By their own admission the weird and wonderful selection of instruments they play aren’t necessarily utilised in the manner intended, but they make a fulsome racket nonetheless, combining a metric shedload of percussion with synths and the occasional dash of distorted vocals. Their hazier, more raga-influenced tracks, veering more towards Panda Bear than Fela Kuti, are perhaps slightly too meandering to fully engage live, but their dancier, Afrobeat-inspired numbers are an absolute joy to behold, inspiring some rather over-enthusiastic shape-throwing from certain members of the crowd. Their fragmentary, hallucinogenic background projections only serve to enhance the more frenzied moments of their performance, especially when all five members combine to form a Megazord of undiluted, percussive cacophony, and if at times the energy levels drop at times, it’s often a welcome break from the full-on rhythmic assaults Flamingods muster so well. One dearly hopes that our Government’s immigration policies won’t put paid to such a promising band - to see them fizzle out at this juncture would be a tragedy worthy of the Greeks.