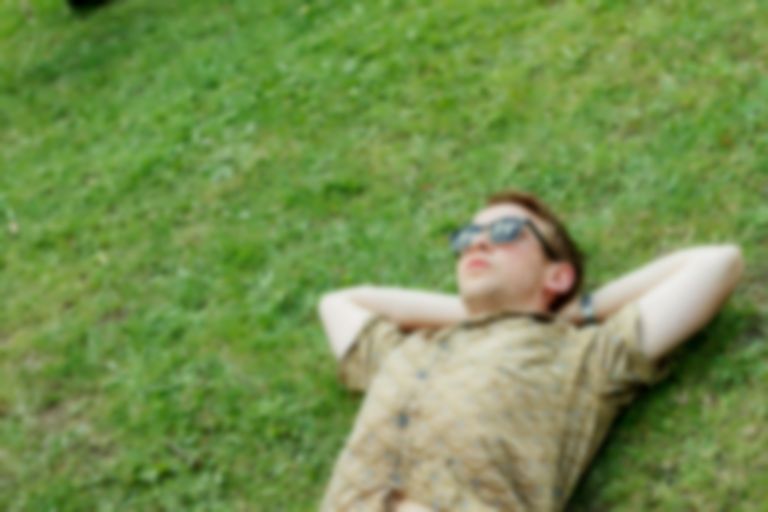 Amongst the smug sun lit “what storm?” grins and the whizzing fairground rides dotted around Victoria Park this past weekend for the eighth annual Field Day Festival were a whole host of incredible bands. With our shades fixed squarely to our faces we headed down to check out Saturday and (the much sparser) Sunday’s offerings. Here Thomas Hannan, Luke Morgan Britton and Lauren Down recall their favourites whilst Wunmi Onibudo sends in the shots.

It’s near impossible for festival openers to overcome the early rise obstacle and successfully immerse as well as impress. Thus, just like this, nigh on every review will cite this as a downside, no matter how impressive the set. But regardless, the sprawling unwind of Holden’s “Gone Feral” aptly soundtracks the weary-eyed bewilderment of those just arriving. Just epic. LMB

Sky Ferriera’s wearing sunglasses, and so, sunshine, are you. The Californian singer’s main stage set could only be better suited to a festival if she were clad in something a little more appropriate to this blissful weather than that huge anorak she sports at all times, but the melodies that waft back and forth ‘cross Vicky Park on the whim of this sporadic East London wind are made for exactly this kind of audience. “Boys” especially has a wistful quality that befits this combination of brightness and breeze, though there’s a feeling at this stage that people would be having a nice time whatever they were watching. When they think back, though, one imagines they’ll be pleased they took this in – for what Sky Ferreira lacks in appropriate stage attire, she more than makes up for with festival-ready tunes. TH

Other than the £5 note I picked up from the floor by the main stage, Jaakko Eino Kalevi has been my find of the summer. Initially wooed by the lumbering Finn’s Great Escape set last month, which was smooth as a baby’s backside, I’m delighted to find that today’s set runs even smoother – mostly down to the frequent deployment of a heavily reverb laden saxophone. While seeing this guy make his impeccably groovy synth pop work at night time remains high on my to do list for the coming months, this mid afternoon, sun-soaked set is still a joy in itself – no more so than on an excellent “Flexibile Heart”, a song so catchy it seems to have a crowd of people hearing it for the first time singing along within a matter of bars. TH

4pm is not usually the kind of time suited to aggressive dance tones, oddly jagged melodic textured and shape-shifting house beats but that is exactly what enigmatic producer Sophie delivered to a more than receptive crowd at Red Bull Music Academy’s criminally small tent at the end of the festival site. Given the hour it is, some people clearly struggle to wrap their heads around the fizzing sonics - including a mutton-chopped sound man who keeps appearing on stage to try and adjust the levels, only to be ignored by the man behind the decks - but it’s just about the most incredible performance of the day, if only for the fact that it compels the most incredible dance moves from those that do get it. Listening back to cuts like “Bip” and “Elle” now, all I want to do is witness them in their late-night, smoke-machine filled club incarnation. LD

When I’m dead, I really hope my kids take a tribute band around the world playing my songs to enormous festival crowds. This is unlikely for many reasons, but perhaps the strongest of those is that I’ve never written a song as good as “VIP (Vagabonds In Power)” by Fela Kuti, a tune given a powerful rendition by his son Seun on Field Day’s imposing main stage. It’s unlikely Fela could ever have imagined his music being so fervently enjoyed by a crowd with quite this demographic make-up when he made it, but while many around us bemoan the numbers of middle class white people dancing to revolutionary Afrobeat, it strikes me that its journey is actually quite encouraging, its presence on this stage and rapturous reception by this audience in itself something of a triumph for Kutis past and present. Seun, a superb singer, saxophone player and dancer in his own right, has everyone smiling to a set of zebra striped, bum shaking beauty - nice one, son. TH

As unassuming as SOHN appears, draped in a cloaking oversized hood, it’s probably inversely proportionate to how permeating his music can be. Two months on from the release of his 4AD debut, it’s still his breakthrough hit “The Wheel” that captures the attention of any newcomers to the crowd and evokes a mass sing-song from those who already know every word. LMB

After sonically shape-shifting through his late twenties and early-thirties, Dev Hynes seems to have found his own constant bearing with his Blood Orange moniker. But, as shown by his recent producer and songwriting work, it’s perhaps collaboration where he flourishes the most. Luckily, this set isn’t without its guest slots: a bow from Skepta and repeated appearances from Friends’ Samantha Urbani, Hynes even runs through a rendition of the latter’s “I’m His Girl”. A remarkably self-assured performance from someone never adverse to being a team player. LMB