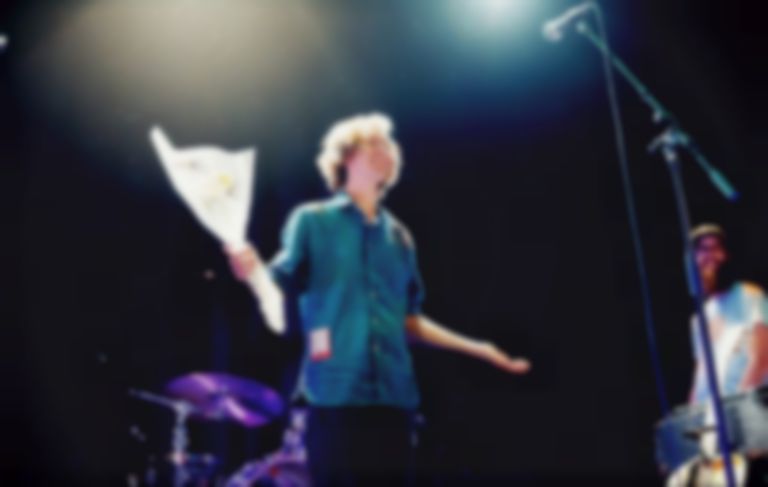 The de rigueur hipster beards and black rim specs are present and correct, but there’s a more eclectic bunch than usual gathered in Islington to welcome Norwegian kook-master Erlend Øye: lagered up 20-somethings, doting white-haired couples and, perhaps the highlight, a svelte and be-lycra’d cyclist, helmet under arm, glass of juice in hand. The mix is testament to Øye’s broad-based appeal. Through his work with the Kings of Convenience and the Whitest Boy Alive he has garnered a reputation as a songwriter par excellence and a performer of repute. And while most will have come tonight on the strength of previous records, it’s rare to see such an enthusiastic response for a set composed mainly of new, unheard songs.

Øye has come to perform tracks from his forthcoming record Legao, his first solo outing in more than a decade. He’s joined by the Icelandic Ziggy on guitar and keys, and Victor, a Finn who plays woodwind. The stripped-back accompaniment lends an earthy feel to proceedings. The flute whirls whimsically around in the foreground of Øye’s vocals, riffing and melodious. The sound is light and the songs are simple. In short, it’s not a million miles away from a Kings of Convenience record, which is pleasing for most.

The breezy sound of the early tracks is in danger of being swallowed up by the cavernous, sold-out venue, revellers at the back content to chatter their way through the opening gambits, much to the consternation of those around them (says one loudly, as a flute solo takes off: “I used to play the flute at school.” Response, from a few rows back: “Nobody cares, shut the fuck up!”). But as the show goes on, Øye’s wit wins through. His patter, as with his lyrics, can be dorky and clunky but incredibly disarming. “Who do you report to?” he sings, on the Jens Lekman-esque track of the same name. “It’s warm up here too… thank god I’m standing next to some cool people,” he says, between songs.

The new material is broken up by a couple of reggae tracks sung by Ziggy (it’s fascinating to hear a genre often associated with monosyllabic choruses tackled in the sesquipedalian Icelandic tongue) and a couple of covers – a gorgeous, finger-picked rendition of Big Star’s “Thirteen” and “New For You” by “unknown” California band the Moore Brothers – before Øye takes the mic to hold court with a Q&A. “Ask me about life: I know a lot, I’m 38,” he says before fielding questions on Italian cheese and his advice on a happy life (live in Italy).

The pace picks up towards the end: the crowd is nods in unison to The Whitest Boy Alive cuts “Upside Down” and “Golden Cage”, while the chorus of “La Prima Estate” is bellowed back at him. The abiding impression is, though, that the music is just an element of an Erlend Øye gig. With his dad dancing, effervescent smile, self-governing barnet and oddball sense of humour, tonight is as much about the spectacle as anything else.