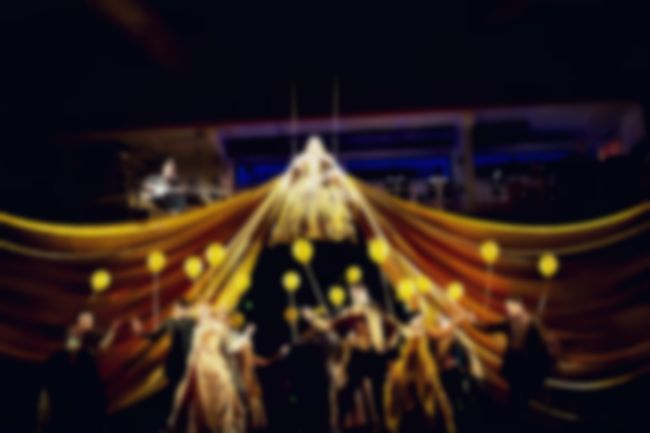 Music is dependent on reinvention. Its very raison d’etre should be to challenge preconceptions and flick the Vs to conformity.

Had Blur remained the same floppy haired chaps I saw during the Chemical World video on The Chart Show in 1993 or kept writing tracks like Advert (which blew me away on Melody Maker‘s Five Alive cassette) then these would be the only memories I’d have of them. Instead they embraced musical change to lead the charge against grunge’s stranglehold by chronicling Britishness through a trio of incredible albums.

During the 90s Damon Albarn cast a light across the subject of class: from TV sofas to dog tracks and the benefits of privilege in country houses. Yet despite casting himself as merely an observer, his fame and money secures him a place on the pedestal with the elite he chose to critique. In many ways, Albarn’s retelling of the life of the polymath, occultist and spy Dr John Dee’s mirrors his own story. Dee’s honest, middle class beginnings gave way to an immersion in books and education before being courted by royalty. He had the ear of Queen Elizabeth and Albarn has the English National Opera and the heart of London’s cultural Olympiad, and with it a new audience to convert to the cult of Damon.

As a cawing rook descends from the rafters of the opulent London Coliseum, a punk walks out – followed by stoic English icons, a bowler hatted banker, cricketer, suffragette, Crimean war nurse. Each falls out from history while an organ heavy ‘The Golden Dawn’ warps our transition to the sixteenth century.

It’s immediately clear that Rufus Norris’ primal direction is of the standard expected from the ENO. Dee’s birth and intellectual enlightenment portray a feverish thirst for knowledge with the ensemble careering across the stage while unfurling corrugated pages- a theme prevalent throughout the production.

Norris’ staging – although simple – perfectly accompanies Albarn’s emotive music despite often resorting to cliché. The musically claustrophobic ‘A Man Of England’ is mirrored by Dee’s black-clad, chess-playing nemesis Walsingham, flanked by rooks. Perhaps too many metaphors for darkness without necessarily adding to the feeling.

Conversely, the use of visuals enhances both performance and music during Dee’s quest for knowledge. Geometric equations grow exponentially while Paul Hilton (as Dee) recites mathematical theorems. Lysander Ashton’s video designs really come into their own, as characters become sketches before pixelating away.

Musically Dr Dee is jarred with the compositions split between the orchestral and the on-stage Afro-Elizabethan, which juxtaposes Albarn’s contemporary view with opera’s dogma. ‘Watching The Fire That Waltzed Away’ in particular is a focal point of the conflict between soaring voices and quirky instrumentation.

The weakness in the score is Albarn himself. Throughout the performance he’s loitering like a Will-o’-the-Wisp and his imposing vocal narrations hint at an unwillingness to fully relinquish his art. ‘A Marvelous Dream’ seems shoehorned in to soundtrack the first half’s euphoria, laying bare the shortcomings in his theatrical vision.

To call Dr Dee an Opera is wrong – it’s quasi-operatic in tone but succeeds more as an experimental musical with ideas of grandeur. Nevertheless it does challenge the notion of a rock opera and blur the lines between the elite and the alternative. If Blur fans decide to attend then culture wins. This appreciation of art – its’ inclusiveness – is uniquely British. Indeed Dee may well have been inspiration for The Tempest’s Prospero, so it’s in the nation nature to incorporate radicals in to art.

Albarn is carrying on this tradition to great effect, and is a great cultural ambassador. His reinvetion and refusual to adhere to an indipop paradigm is admirable and, as Dr Dee proves, greatly welcome. It is a specatuar genre defying show.