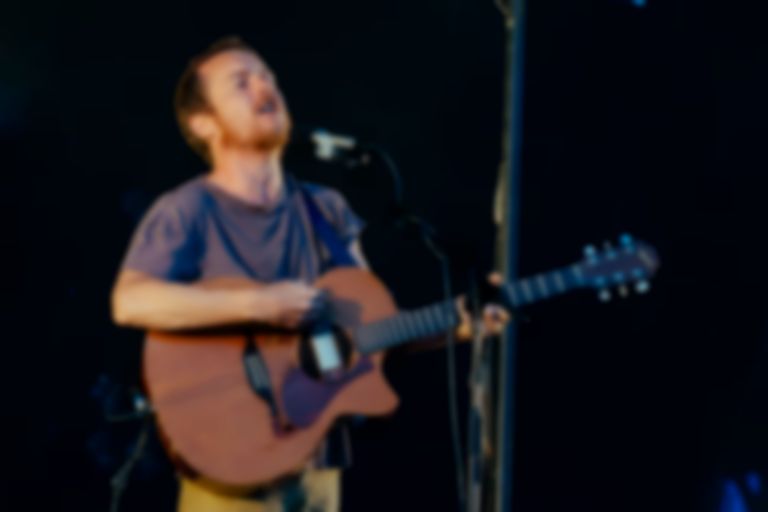 I don’t want to lay too much blame at his door, because I’m sure he didn’t intend it, but Damien Rice has one of the most unfortunate musical legacies since “Helter Skelter” was badly misinterpreted by Charles Manson - he’s responsible, at least in part, for a red-headed reign of terror across the airwaves that’s characterised by almost incomprehensible blandess and that sadly is showing little sign of petering out any time soon.

Thankfully, it also appears as if that isn’t the extent of Rice’s influence on ginger singer-songwriters; Lucy Rose’s set supporting Rice at Manchester's Albert Hall tonight (11th June) suggests she’s taken more than a few cues from the Irishman down the years.

Rose had been pretty quiet of late, with this support slot only announced at the last minute as an outlet for her to roadtest new songs from second record Work It Out, due out early next month. As modest as the instrumentation was on her debut, Like I Used To - usually just overlapping guitars and unintrusive percussion - it still feels difficult to get a precise hold on the new material when Rose, for the most part, is backing herself with just a guitar tonight. Still, “For You” and “Nebraska” both carried a sparseness and foreboding that might surprise anybody expecting recent singles “Our Eyes” and “Like an Arrow” to be firm indicators of where Work It Out is headed; instead, they’re more in keeping with “I Tried”. They certainly suggest that the new record’s set to be more tonally complex than Like I Used To, and in that respect, she’s the perfect foil for Rice; there’s more than a touch of his emotional honesty in the way Rose approaches her songwriting.

The man himself is a little late, but after eight years of being missing in action, what’s an extra half hour? His old trick was to turn up without much in the way of an established setlist, and by the time he does amble on, guitar in hand, you get the sense what’s to come will be similarly unstructured. He opens with a gorgeous rendition of “Delicate”, a standout from multi-platinum debut O, and follows it with a similarly-sparse rendition of “9 Crimes”. The elephant in the room, of course, remains Lisa Hannigan, Rice’s long-time muse and collaborator who he sacked in a fit of pique before a show in Munich back in 2007. She was all over both O and follow-up 9, and her absence - as well as that of any replacement, as Rice is alone onstage for the entirety of tonight’s gig - was always going to be a tricky thing to negotiate.

To Rice’s credit, he pulls it off fabulously. On “Volcano”, he splits the audience into three for some extended backing, whilst “I Remember” is every bit as intense as on record thanks to the smart employment of some loop pedals. The live versions of tracks from last year’s My Favourite Faded Fantasy have clearly been intelligent thought through, too; “Trusty and True”, with just an accordion for accompaniment, is a powerful Irish folk tune, “The Greatest Bastard” rivals old favourite “The Blower’s Daughter” - aired during the encore - for sheer emotional heft, and closer “It Takes a Lot to Know a Man” might be the most thematically ambitious song Rice has yet written; he does it justice, too, handling the drums himself on an emotional maelstrom of a climax.

Given that he’s spent the past eight years in the wilderness, it’s become easy to think of Damien Rice as some kind of tortured recluse, but he’s consistently charming tonight; he has an impressively easy rapport with the crowd for somebody who’s spent so long away from the stage. The Albert Hall stakes another claim for Manchester’s finest venue, too - the summer evening’s sunlight streaming through the stained glass really lends to what feels like the perfect environment for these songs. He’s already working on another album, or so he told us; I hope he’s a bit quicker turning it round than last time, or I really might have to start taking a considerably dimmer view of the Sheeran thing.