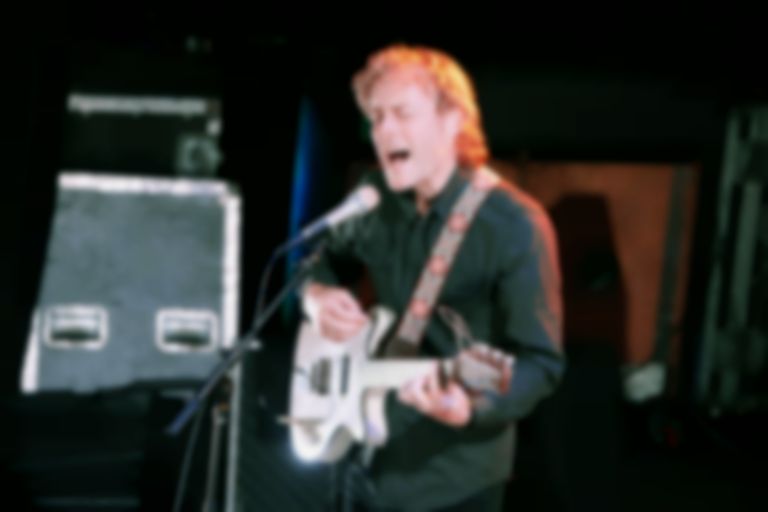 It's obvious from the outset that Caught By The River Thames isn't going to be your typical London festival experience. The self-described "part gig, part literary gathering, part nature symposium, part high-summer garden party" is in essence an even more highbrow cousin of Citadel - a carefully curated selection of highly middle-class but agreeable cultural pursuits, all set in the delightfully leafy environs of Fulham Palace (6 August).

There's poetry galore. There's Kate Tempest in conversation with Miranda Sawyer. There's a fly-tying workshop. There's a stall dedicated to beekeeping (for reasons unclear even to the folks manning it). There's a decent selection of craft beers - no £7 pints of Fosters here, praise the Lord - and even the portaloos aren't that grim. The atmosphere's less Lovebox than a Home Counties village fête, or your posh uncle's third wedding. Even without taking into account the unseasonably marvellous weather, it's a thoroughly pleasant set-up - and that's before you take the musical roster into account.

A certain sort of band thrives in an early-evening setting, and Mulatu Astatke and his comrades-in-jazz are the epitome of that. Long hailed as the godfather of the Ethiopian jazz scene, the septuagenarian vibraphone ace remains as thrilling a musical discovery as he must have been to those in Addis Ababa in the 1970’s, fusing Latin grooves, propulsive African polyrhythms and a Miles Davies-ish love of experimentation and improvisation. Despite the occasional leaps into avant-garde atonality, it’s a set that succeeds in coaxing most of the assembled crowd to shake their stuff, and provides a nice counterpoint to the relatively sedate acts that follow.

That’s not a critique of Beth Orton and Low, even though programming two such down-tempo acts back-to-back on such a glorious summer day may have ultimately proved a mis-step. The former, an engagingly awkward but immensely talented presence with one of the most mesmerising voices in British music mostly focused on her more recent work, showcasing an scitterish, electronics-focused new direction reminiscent at times of Son Lux. But for an audience of mostly fairweather fans, it was her more famous acoustic numbers that roused the most enthusiasm, with an impromptu solo encore that sent shivers down the spine.

As for the latter, their name sums them up to a tee. If upbeat grooves or rock ‘n roll histrionics are what you’re looking for, Low ain’t the band for you. However, if you’re into stately, minimalist slabs of indie-rock, drenched in haunting harmonies and delivered in a relentlessly singular tempo, then you’re definitely in luck. Their goosebump-inducing cover of the Al Green classic "Let's Stay Together", with Mimi Parker on vocals was an absolute wonder, as was the typically cheery “Sunflower” (opening lyrics “When they found your body / Giant X’s on your eyes”), but one wonders if something a bit more dynamic would have worked even better for a festival of this sort. Nonetheless, a formidable set, and a fine end to one of the capital’s more intriguing summer offerings.