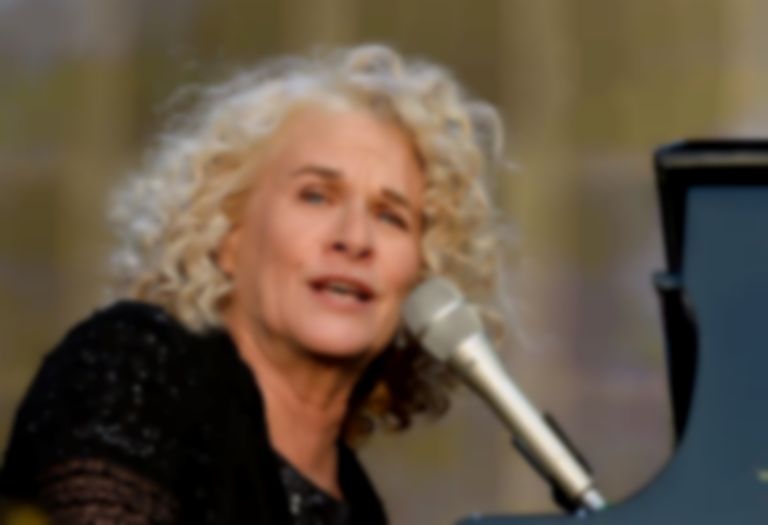 For me, the sweet, timeless songs from Carole King’s 1971 magnum opus Tapestry are clouded by a hazy nostalgia - as a child, I fell asleep to the likes of “It’s Too Late” and “So Far Away” whilst my parents’ dinner parties carried on way into the night.

While I didn’t yet understand her words which spoke to and for millions around the world, I understood the simple beauty in her melodies; such is the fundamental tenet of genius songwriting. In the midsts of the sixty-odd thousand crowd of all ages who have gathered in Hyde Park to see King’s first UK show in 27 years and the first ever performance of the record in full, it’s clear that whatever the record signified to them, this was the place to celebrate it.

On huge screens onstage we see what Tapestry means to the likes of Tom Hanks, Elton John and James Taylor as the band enters and play familiar chords that tease for what’s to come. Indeed, the other acts of the day were keen to show their excitement for the performance, from old friend Don Healey, to Rae Morris, who by now would have been at home on the main stage herself. It was the day for singer-songwriters, and entering the leafy grove of the south entrance was perfectly scored by the gentle tones of Billie Marten playing the Summer Stage. The day is certainly sunnier and more family orientated than the afternoon previous, in which younger crowds endured heavy showers to enjoy Kendrick Lamar and Florence + The Machine.

Tapestry has its most popular numbers at the beginning, and so it wasn't long before the unmistakable piano lines announced the opener “I Feel The Earth Move” and the classic "It's Too Late”, their painful lyrics turning gleeful as they were sung in unison by thousands.

Of course King’s writing credits aren’t limited to Tapestry, and nodding to her earlier songwriting career performs a brief medley of “Take Good Care Of My Baby”, “Something Tells Me I’m Into Something Good” and "One Fine Day", all of which she co-wrote with her late ex-husband and writing partner Gerry Goffin. “He’s still with us, isn’t he?”, she smiles. She is joined by their daughter, Louise Goffin, for an amended version of “Where You Lead”, and it's clear how much it means for both women to play with each other. By accident a cameraman catches King’s bassist in the background wiping a tear from his eye as mother and daughter sing “Will You Love Me Tomorrow?” In fact, throughout the evening, King can't stop beaming and mouthing “oh my god”, especially when the whole of Hyde Park sing along to “You’ve Got A Friend”, which is of course dedicated to old friend James Taylor. Montages of King with Goffin, Taylor and producer Lou Adler light up on the screen behind her, and it is an especially nice touch as footage of a younger King beginning “(You Make Feel Like) A Natural Woman” plays before today’s King kicks back into the song that was so empowering for women worldwide, including Aretha Franklyn, for whom the song was written for back in 1967. The show is as much a celebration of King as it is her record, and at 76 she has lost none of her glam and talent, though she jokingly admits she’d struggle to hit a note or two.

Singing a reprise of “I Feel The Earth Move” for an encore with the cast of the West End musical Beautiful and Cassidy Janson, who plays a young Carole in it, there is a poetic imagery in the two women singing together and one that does not go unmissed amongst their audience.

Though the performance ended at ten sharpish, her songs carried on late in to the night with the likes of “You’ve Got A Friend” filling the veins of the city as crowds made their long way home, and how special that was to witness.