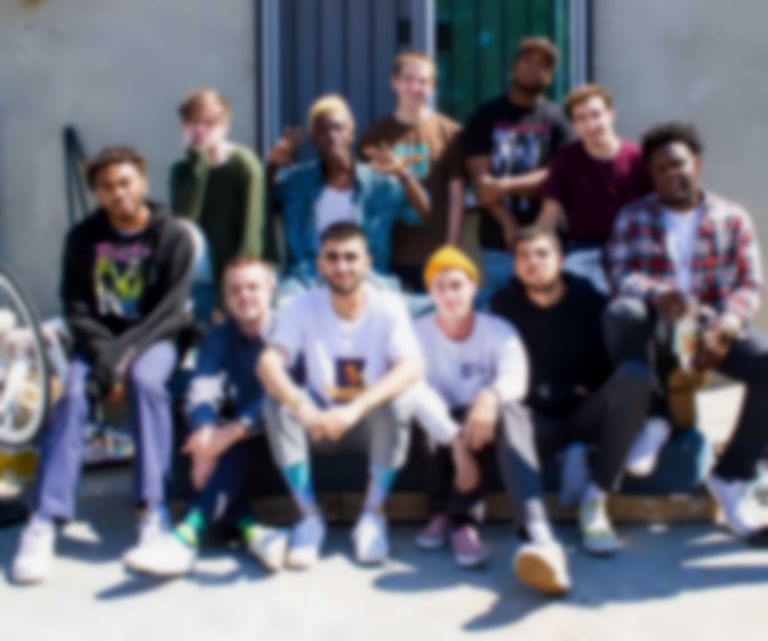 We’re often told that it’s the crowd that makes a show. For some artists, that’s true, but Brockhampton give as good as they get.

Sure, there are fans camping outside and a queue stretching up Camden High Street hours before they’re allowed in, but Brockhampton just keep them waiting.

Two hours after doors open, most of the audience realise the “plus special guests” line should’ve been scratched off the ticket. There’s a certain level of confidence involved in a decision to rid your show of support acts and just walk on yourselves. It’s usually a method favoured by very well established acts - this is Brockhampton’s debut UK show. How are they pulling this off?

The energy in the room is phenomenal from the get go. The second the boys walk on stage - actually, more like the second Romil [Henry, BH producer] steps up to the DJ booth - and "1998 TRUMAN" kicks in, pits spring up everywhere and pretty much never let up.

As rowdy as the audience gets - through "ZIPPER", "STAR", "SWEET", right down to closer "BOOGIE" - the tender moments, like "BLEACH" and "SUMMER", the latter performed by Bearface alone, are just as brilliant.

With a stage set up of only six swings, held up by some hefty chains (and heftier tunes), Brockhampton make the most of the obviously-way-too-small KOKO, letting their talent take centre stage.

It’s incredible how well they’ve bounced back from losing member Ameer Vann (who fired from the band after allegations of sexual misconduct earlier this year) in such a short space of time. Chopping out his verses and adding in a string section is a genuinely lovely move, and almost goes unnoticed.

The secret to Brockhampton pulling all of this off - and this isn’t just alluding to the fact that this is their first show in the UK and they’ve done it with no opening acts, but also that they can play the same song more than once in the set and no one bats an eyelid ("1997 DIANA" gets two goes), and that their first show could’ve easily been at Alexandra Palace - is that the only people that believe in Brockhampton more than their fans, is themselves.