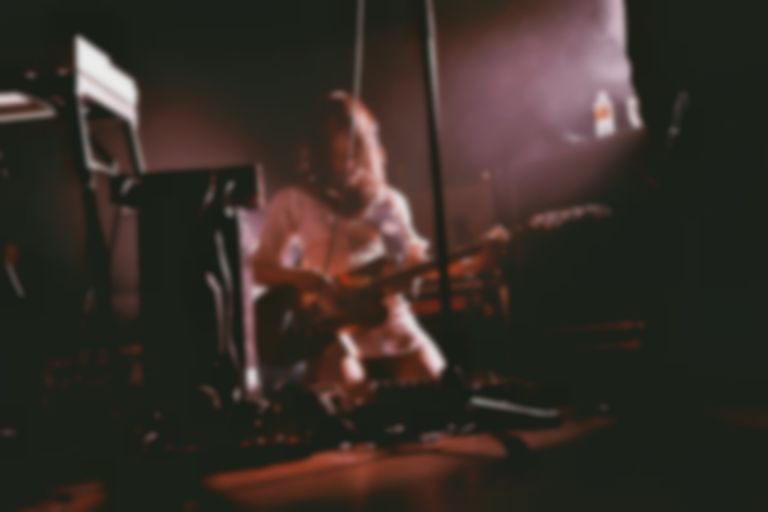 There could hardly be a venue more befitting a band like Blonde Redhead's very gradual shift along the musical spectrum than Islington Assembly Hall, which was host this week to a show that saw Kazu Makino, Amadeo and Simone Pace hold the audience's attention for the duration.

Much of the performance comprised of songs from Barrigan, the band's latest full-length effort and a quite a different, quieter affair. But the softer, more minimal tones were interspersed here and there with snippets from 23 and Misery Is A Butterfly, all of which went down exceptionally well with the crowd: a false start and a quick apology at the beginning of "Falling Man" was, for example, met with enthusiastic encouragement. Applause was equally energetic by the end of each and every number. Hazy, smokey, but delivering the kind of complex alt pop that just-slightly obfuscates the precise and practiced notes underneath those deliberately muddy layers throughout.
All elements working to support the show - the sound production, the lighting, those essential things that can easily be taken for granted - really underscored and emphasised the set. Bathed in deep red, blue or purple lights, the ambiance of the room matched the mood and energy of the performance. The disco ball didn't detract. It was as pleasingly atmospheric as the songs Blonde Redhead chose to play could have possibly been.
Although Barrigan was met with a mixed response, watching Blonde Redhead sweep calmly and confidently through much of it added more texture and appreciation for the band's songwriting on this record, put under the spotlight as an education. At least live, the listener gets the feeling Blonde Redhead know exactly the kind of performance, sound, and experience they want to deliver, and then do so.