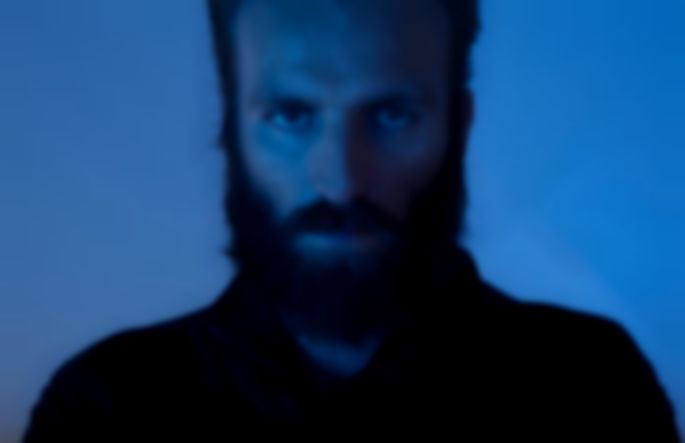 “Better than the Excel Centre,” said Matthew Barnes - AKA Forest Swords - towards the end of his hour long set at Corsica Studios, and anyone who was lucky enough to catch him support Ben Frost is likely to have agreed. This show was one of many rushed replacements as part of the Jabberwocky festival fallout - a controversial cock-up or tragic misstep from ATP, depending on who you talk to. Although the conference-centre-bound quasi-weekender spluttered to pieces at the last minute like a broken handdryer, there was some solace for fans as many of the acts billed to play the were given their own shows instead. Forest Swords and Ben Frost was one of them, and both acts performed in a way it’s difficult to imagine would have translated nearly as well in a festival scenario.

Forest Swords played through an extra-dubby iteration of Engravings, occupying the ridge between improvisation and confidently rehearsed - if a single note was out of place it would have felt impossible to tell. Immaculately positioned synthetic swoops and swooshes were accompanied by live bass, and the full set was thoroughly complemented by being held in a smaller venue that specialises in exactly this sort of thing. Each nuanced tone rang throughout the room perfectly, thumping beats punctuated a crystal clear, vibrating, pulsing, noisey, amazing set.

It is testament to Corsica Studios and Ben Frost in particular that from the moment he began playing, the audience’s mood felt so unguarded and malleable throughout his lengthy hour-and-a-bit performance. Frost held a masterful command over the room, building unrelenting anxiety until the unchanging, industrial, martial thumping of the final 10 minutes was deftly blurred into white noise and then dramatic silence. At times hypnotic and hypnagogic, at others sharp and violent and crashing, Frost’s set was an experience that felt more intense than Aurora - an even more brutal kind of soundscaping that couldn’t exactly be described as a good time but would certainly be remembered, and was all the better for it.

If there had to be one criticism at all, it’s that Forest Swords and Ben Frost perhaps gel better on paper than in person: Forest Swords built the crowd up and Frost smashed everyone into little nervous pieces, like individual symptoms of a crushing anxiety disorder, each enthralled at a jukebox that’s stuck on panic attack. But that’s little criticism at all when you consider how exciting and memorable both artists were in their own ways - and so enormous props to Forest Swords, Ben Frost, Corsica Studios and promoter Baba Yaga’s Hut for completely delivering in the wake of so many music fans feeling utterly let down and disappointed.