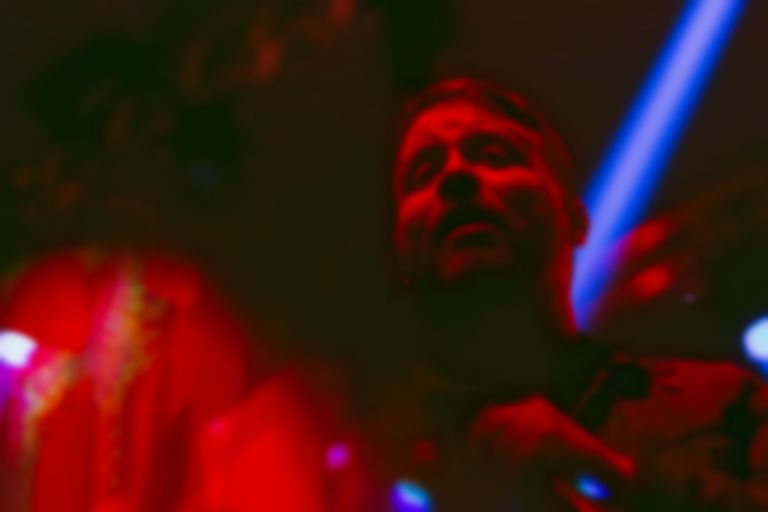 "We've played festivals to 29,000 people," Run The Jewels declare to the crowd in the basement venue, "but our roots are in rooms like this."

Performing a rare intimate showcase at London's legendary 100 Club for a Boiler Room x Converse Rubber Tracks gig, the rap duo are in their element tonight (5th December). Weaving their way between fans during performances from Alxndr London and Petite Noir, there's no mistaking who the audience have gathered for. As Killer Mike and El-P take to the stage with Queen's "We Are The Champions" blasting triumphantly through the speakers, elation hits an all time high.

Dressed in their own merchandise (because why the hell not?), and opening with self-titled track "Run The Jewels", the night is a celebration of the music performed and the moments shared. The act grin to each other between songs as chants of "RTJ" ring out through the venue, and when the beat kicks in, bedlam breaks loose. "We're having the time of our lives up here!" the duo cry to the crowd.

Giving a five second warning to those with expensive glasses, phones, or smart sneakers before launching into favourite "Close Your Eyes (And Count to Fuck)", Run The Jewels control every moment of the chaos as people clammer ever closer to the performers on stage.

Taking a pensive moment to contemplate the catastrophes of gun violence, the show is a blustering break from the whirlwind of mayhem outside the venue doors. Moving along to every impeccably timed moment, nothing bar the shouts of "Lie, Cheat, Steal" seem to matter.

Indulging in the cliche 'pretend-we-left-and-came-back' encore, the energy in the venue doesn't cease until the last minute. A seasonal performance of "A Christmas Fucking Miracle" leaves bodies tired but spirits high.

Run The Jewels are untouchable. Their repetoire is unrivalled. But for one night only, they were back in the small, clustered rooms they started out in, and those lucky enough to be there won't find a night that gets better than this.