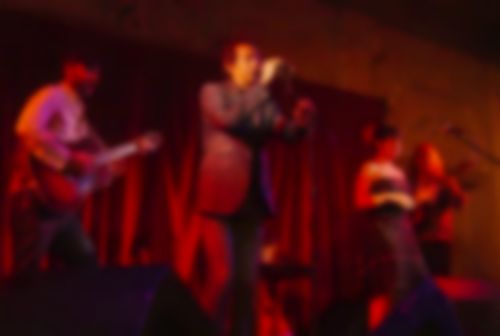 It’s very, very tempting to drop the overused ‘L’ word to describe former punk and founding father of alt-country Alejandro Escovedo. In the UK for a short series of shows as part of the La Línea Latin Music Festival (you probably picked up on all the coverage given to the Simon Bolivar Youth Orchestra), this was the only ‘solo’ show as such. For the others he was just one of a large ensemble performing a ‘Tropical Tribute to the Clash’ – hinting at his musical roots and emphasising the mutual respect between himself and the late Joe Strummer.

It was one of the other artists on that bill, forceful Andalucian singer Amparo Sanchez, who provided support. Although a disciple of the Manu Chao school of latin/punk/reggae/rock, her set was more traditionally ‘chanson’ in style: acoustic guitar and passionate Spanish lyrics throughout. She was accompanied by a rather hesitant electric guitarist – understandable as it was the first time they had ever taken the stage together. It was Sanchez’s personality rather than the material that won the audience over, and she also had to battle the subdued ambience generated by a seated hall and the baffling decision to play non-stop Leonard Cohen prior to and between sets. Let’s samba with Len one more time!

Last summer’s Real Animal (produced by Tony Visconti) has finally seen Alejandro Escovedo getting some wider coverage in the US and a degree of modest success. A few years ago it was all so different when he came close to death from hepatitis-C. With no money for medical bills and a long road to recovery ahead, things looked bleak. Fans and friends raised funds via benefit concerts and a tribute album that featured Steve Earle, Ian Hunter, John Cale, and Son Volt amongst others. Springsteen and Ryan Adams are also fans. So, without a current album to promote, Escovedo took the opportunity to treat us to an intimate illustrated commentary on his life in music – matching the autobiographical theme of Real Animal in fact.

Relaxed and loose in everything but the guitar playing, he had the perfect gently accented voice for storytelling and great timing for his patter. With no fixed setlist, a bunch of decent songs, a few great ones, and an adoring audience, it was going to be a good evening. What transformed it into a magical event were Escovedo’s passionate, charismatic delivery and the astonishing playing of partner David Pulkingham. Jesus Christ! Coaxing swooning flamenco tears from his guitar one minute and lashing it to within an inch of its already scarred life the next, he left most of the audience in dropped-jaw appreciation, and most of the males present nursing a semi. It was something to behold. Escovedo usually leads a ‘rock band’, but here were two acoustic guitarists absolutely ripping the place up at will with a massive adrenaline rush. Acoustic punks: which is basically the transformation he made in the early 80′s with a couple of bands (only going solo in the 90′s) that provided inspiration for the likes of the Long Ryders and spawned alt-country and the No Depression movement.

It was a song written at that time, one of his first, which opened the set. He had just relocated back to Texas in order to tap into the musical lineage of the likes of Bob Wills, and ‘Five Hearts Breaking’ was inspired by boozing with a particular old timer. Escovedo had walked straight past the stage and started down in the middle of the audience. This early composition wasn’t his best, but being there and following its extended engaging introduction, there was already a sense that this wasn’t going to be an ordinary show.

Stories of his father’s journey from Mexico and subsequent courtship (which resulted in the musical play By The Hand Of The Father and the singing of the gorgeous ‘Rosalie’), the uprooting of twelve children from Texas to California (“It was tough being a Mexican surfer”) and early adoration of Iggy Pop (resulting in ‘Real Animal’) followed. In the mid 70′s he started playing in San Francisco with The Nuns. A ripple of applause at this name was batted back with a smiling “If you clap then you never saw us. We sucked“. They wanted to be a rock band but couldn’t play, so with perfect timing they became punks, and (pop trivia fans) opened for the last proper Sex Pistols gig. Living the punk dream/nightmare (“I lost a lot of friends through drugs“), Escovedo had moved to New York and was resident at the Chelsea Hotel when Sid killed Nancy. ‘Chelsea Hotel 78′ was predictably one of the most high octane numbers.

It’s easy to see why Escovedo and his band are one of the closing artists for SXSW almost every year. He has the cool of a wiry Tex-Mex gunslinger and was sporting killer designer boots beneath his drainpipe jeans. My definition of an intimate performance: being close enough to feel the recoil of those boots on the stage. There was much thumping during ‘Castanets’ – the song he has reclaimed following a self-imposed three year ban after the NY Times included it on a top ten list of songs on George W Bush’s iPod. It wasn’t even his version, so “they f**ked that up“, and Escovedo doesn’t believe George W. even knows how to use an iPod. It’s good to hear it from him again now that he’s shaken off the embarrassment. And the song? About a girl who used to get up and join in, with no sense of rhythm, at a punk bar they used to play, and who looked like Keith Richards – not good.

The final two songs of a set that had flown by were performed back amongst the audience. A self confessed Mott The Hoople “stalker” during the mid 70′s (and also looking for a gig as an excuse to come back to the UK in October for their reunion), Escovedo fielded a request to play ‘I Wish I Was Your Mother’. Time stood still. Silence reigned. The song stopped hearts, tripped tears, and sent knees weak that then needed to stand for a deserved ovation. One of the most perfect moving moments I have witnessed.

A one song encore followed of ‘Train In Vain’ with Amparo Sanchez joining them to recreate a segment of the previous night at the Barbican. A very different arrangement (not necessarily a bad thing) and not quite the barnstorming climax that would have fitted a great night. Still, it was good to see the stage full and the performers obviously having a good time. The crowd dispersed – still full of murmuring “F**k me” disbelief at what they’d seen. Somewhere in West London there’s probably a wall with “D. P. is God” written on it now. And Alejandro Escovedo? There’s no avoiding it. A soulful, romantic, hard-rocking, legend. 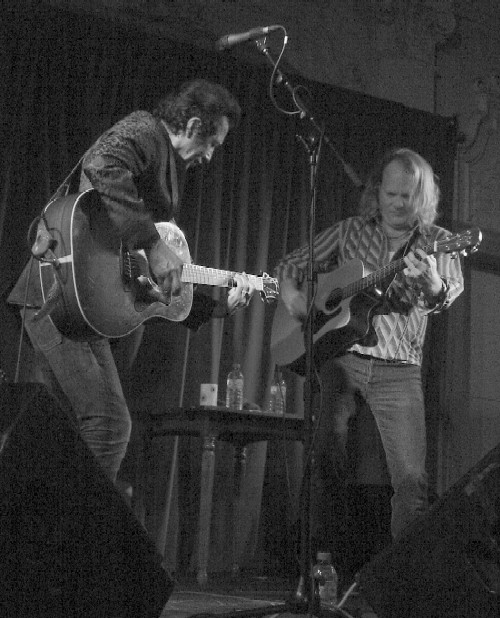 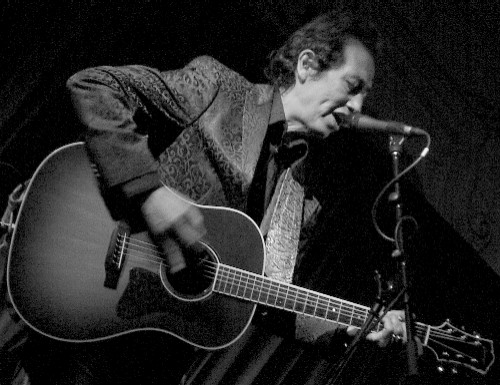 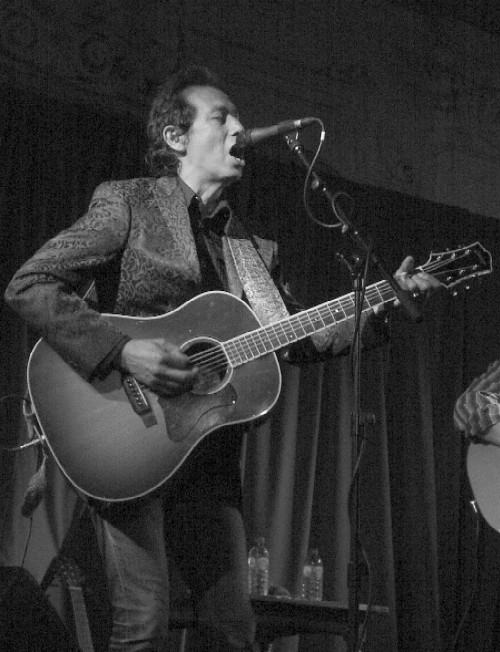 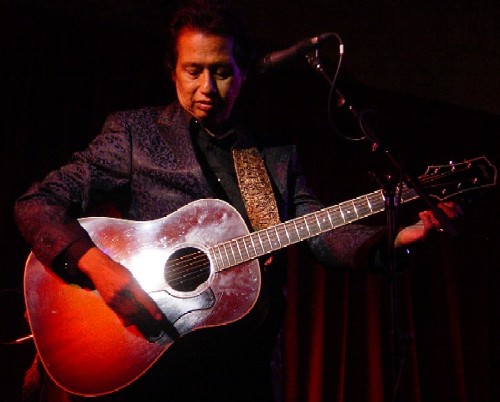 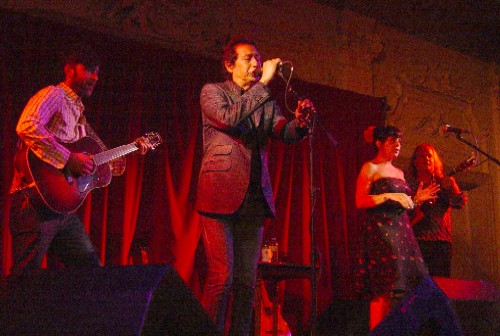