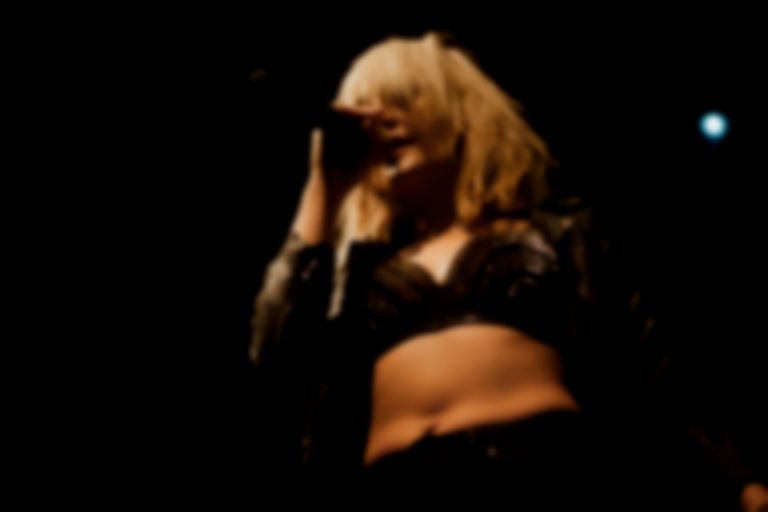 Before Metric took to the stage at the Forum, the room was buzzed distortedly like the rumbling opening of every Metric album to date. Strangers asked each other their favourite tracks as the stage was prepared for the opening act.

If you spliced together Louis Garrel and former Interpolitan Carlos Dengler you’d get James Hersey. Maybe it’s that laid-back European thing but, the way Hersey sang tracks like "Real For You" and "Coming Over" did something to his enthused audience.

Hitting the stage just after 9, Metric were electric. From the first few seconds ofan instrumental "Articficial Nocturne", it was evident that this was only the beginning of an evening destined to maintain the band’s spot at the top of the indie-this-is-too-good-to-exist charts.

Tracks from the latest record Art of Doubt such as "Dressed to Suppress" and its titular track were expertly spliced with classics spanning the band’s multi-decade career. Front woman Emily Haines, the ultimate blue-spirit sister guide, lead the audience through the murky dark of the “think-y person's” mind.

For a set that opened with electro-anthem "Black Sheep" and one that included "Sick Muse", "Breathing Underwater", not to mention ending with one of the definitive Metric tracks "Help, I’m Alive", it was moving. Experiencing the show through feelings we’d forgotten existed, two shots in and then some, the divine scent of sweat - and dancing like there was no tomorrow- was everything one should "Anticipate" from a Metric show.