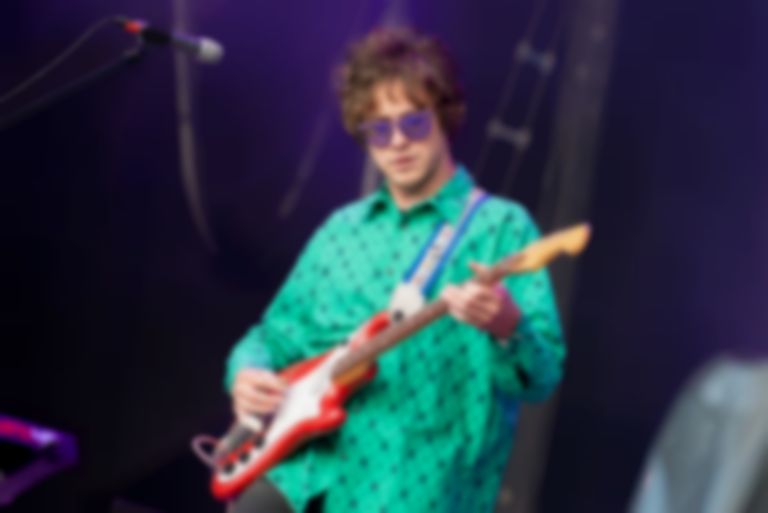 On a cloudy night in London, MGMT play with our perception of space and time. The stage homes a number of pot plants -millennial style - while James Richardson, on keys, wears a floor-length cape. Greek pillars are erected at the back of the stage, alongside a giant inflatable resembling the figure from Little Dark Age’s artwork. Two videos are played simultaneously, one screen in front of another. Though we’re in the courtyard of Somerset House, it feels altogether like another world.

The atmosphere is relaxed and refreshing. It helps that it’s the first time the temperature in London has dropped to anything that warrants a jacket in what feels like weeks - but also that listening to MGMT brings the cooling sensation of being underwater. Their style is distinctive and consistent, with a bubbling of excitement even in the more melancholy numbers. “Me and Michael”, played directly after “Electric Feel”, manages to maintain the high induced by the latter.

Big hitters from debut album Oracular Spectacular predictably receive the biggest response from the crowd but the rest of their repertoire, including the newest, maintains the energy and characteristic surrealism of the old favourites. In “She Works Out Too Much”, a spin bike is brought on stage so that lead singer Andrew VanWyngarden can cycle down the road on the screen behind him.

MGMT convey an Americanness which is exotic and intriguing to the majority of a London audience yet, in turn, creates an immersive experience complemented by the venue (enclosed in a square, but open to the sky). While crowd favourite “Kids” is saved for late in the set, it is not played last. Rather, the ‘last song’ is the understated “Hand It Over”, before finally encoring with uplifting “The Youth”.

MGMT’s music continues to inspire and excite, while youth and nostalgia remain pervasive themes. Little Dark Age and its tour will cement their reputation in our past, present and future.