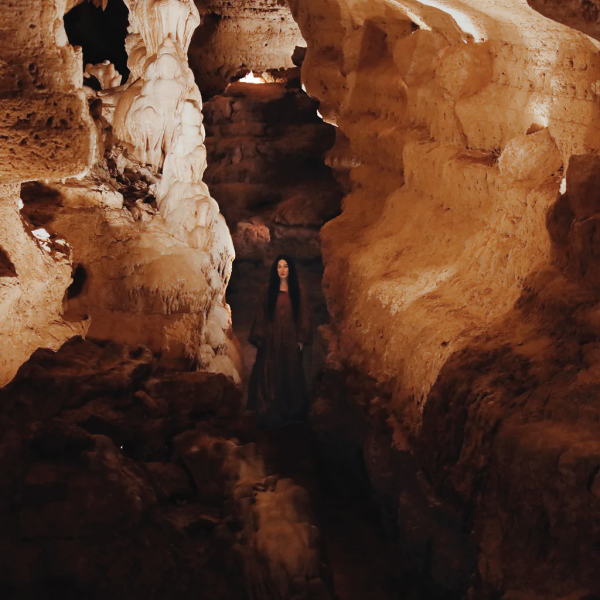 Nika Roza Danilova’s sixth album as Zola Jesus offers a smorgasbord of talent. Arkhon’s writing, often sharp, concise, and emotional, makes way for a rich production aesthetic. Danilova’s consistently impressive construction of texture not only grounds the album, but gives ample room for her voice to direct us along the path she’s taking us.

Lead single and album opener “Lost” is sure to catch the attention of the soundtrack curator of any A24 film; its unsettling backing vocals paired with sharp, staccato breaths could legitimately be found on "Midsommar" or any movie set out to cause anxiety. Not only are its lyrics of Millennial burnout brilliant and timely, it's a masterclass in atmosphere. “Everyone I know is lost / Flare gone missing, turning dark,” she sings, holding onto her vowels long enough for the driving beat to take hold.

Her vague, poetic writing — sometimes hushed, sometimes screamed — matches the tone and abstractness of some songs. “Faded from a resolution… / Distance forming a delusion,” she sings in “Undertow” above plucky synth hits, and on “Fault,” she’s emotionally bare while still behind a veil of anonymity, singing “I stand alone / In an empty house / And everything is off the shelves / But I had / To be honest with myself / It’s not your fault.” Though on the straightforward “Dead and Gone,” her directness leaves a jolt: “When faces fade from memory banks / Will you still be the one?”

Texture dominates the album; There are natural sounds on “Into the Wild” or light strings complimenting a dream-like sense of wonder on “Dead and Gone” (“I am trying to grieve / But I don’t know what to feel / Should I let it go? / Or was it the only thing that was real?”). On the propulsive “Efemra” though, its finale sounds as if the beats are gravel crunching, exploding under the weight of the song.

Danilova’s vocal performance on the record is also something to be studied. Her ability to command (and haunt) on songs like “Lost” or “Efemra” or to hold a song together like “Sewn” acts as a north star for the album, a sure guarantee no matter how eccentric each particular track is. Her ad-libs on “The Fall” or Russian yells on “Sewn” are always perfectly placed, adding to the song’s ideas instead of muddying them up.

The only real misstep is “Desire.” While Danilova’s vocals are tender and raw, its backing track of just a piano is a turn out of left field for the rich songs preceding it. Such lightness is explored phenomenally on the album finale “Do That Anymore,” where the vocal arrangements sound heavenly and her voice soars.

Arkhon is filled to the brim with so many eclectic ideas that, with a different writer or vocalist, could end up too cluttered. Album opener “Lost” and the closer “Do That Anymore” are so wildly different, but instead of being confusing, you’re thankful to Danilova for somehow piecing the two together.