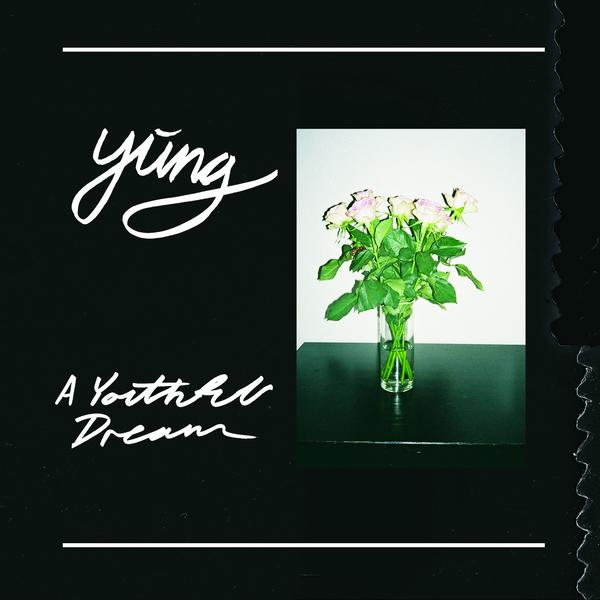 Over the last couple of years, the Danish DIY band, Yung, have forged a pretty impressive reputation among members and followers of their country’s burgeoning punk and post-punk scene, garnering widespread acclaim for early singles such as “A Stain” and “Nobody Cares”.

Driven by a pleasingly scrappy energy and the rough-hewn charm of their singer and songwriter, Mikkel Holm Silkjær, those singles’ reliance on such straightforward, spirited constituent parts was refreshing. On A Youthful Dream, Silkjær and his band have attempted to expand upon their songwriting approach. To some, this may seem a wise move – their previous output, though frequently charming, had more or less exhausted their somewhat limited musical palette. Sadly, on this debut LP, their attempt at expansion misses its target.

Let’s start with the positives. Silkjær’s voice retains the power and grit listeners will recognise from his previous work, and he maintains an admirable level of energy in his performance throughout. There’s not a great deal of nuance to his vocal delivery, but on compact, hooky highlights like “Pills” or “Blanket”, that doesn’t really matter. On those tracks – and one or two others on the record – Yung demonstrate that they can still pull together a decent punk rock song should they set their minds to it. The album’s other notable strength lies in the tone and the arrangements of the guitars – the riffs upon which most of the tracks are built are played with just the right amount of distortion and reverb, always biting yet never caustic.

But the problem with A Youthful Dream is that those virtues mentioned above are rarely woven into the kind of focussed, no-frills punk rock at which Yung have always excelled. So many of the songs here are meandering, formless things, which either sit idly upon one or two frustratingly basic riffs, or make half-arsed attempts to crowbar a few too many sections into three stuttering minutes. “The Sound of Being Okay” offers up a whiny chorus, a frenetic drum groove, and absolutely nothing else of note; “Morning View” is a saccharine, aimless affair that recalls Supergrass at their least imaginative; and “The Child”, apparently a stab at shoegaze, marries pretty-ish piano motifs with a ham-fisted lyric that Silkjær never quite manages to wrap around a suitable melody. To be fair, some of these songs may have worked a little better had they been treated a little better in post-production. Other than the guitars, nothing on the record makes any sonic sense to me. The drums sound oddly lifeless and flat, the vocals sound entirely detached from the instrumentation, the bass is never quite loud enough, and the occasional touches of brass are jarringly ill-placed. It’s important to note that none of these issues can be explained away by the band’s ostensible DIY ethic. It’s not that the record sounds too raw or lo-fi to my ears; if anything, it’s too glossy, too contrived. The production choices don’t sound cheap exactly – just misguided.

Perhaps it’s unfair to compare Yung to their more successful, more glamorous compatriots, Iceage. Yet it is hard to think of a better example of tasteful, adventurous maturation on the behalf of a contemporary punk band than the development of that band between New Brigade (2011), You’re Nothing (2013) and Plowing Into the Field of Love (2014). Whereas Iceage’s gradual integration of a remarkably divergent range of influences into a continually evolving sound across that three-album span sounded entirely natural, A Youthful Dream sounds too much like the result of a punk group attempting to break out of the strictures of their genre without knowing exactly where else to turn.