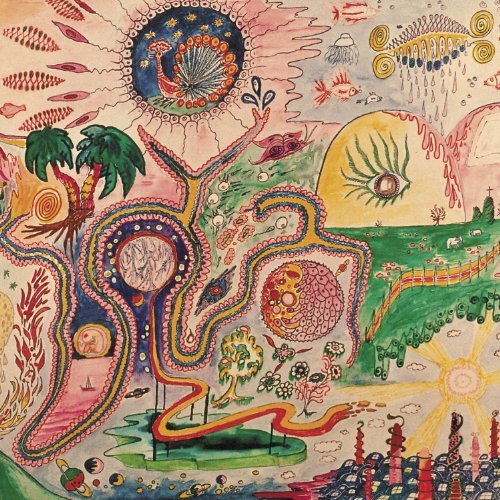 When ambition exceeds talent, the results can be dispiriting, embarrassing, hilarious or all three simultaneously. However, when talent is unduly forced and the elements rather crudely recycled into a pale copy the results are only dispiriting. Think Kate Bush’s The Kick Inside followed by Lionheart. Yet when an original intelligence progresses, emotionally and creatively, with an independent spirit manifesting itself in new ways, the consequences can be exhilarating.

Think Bruce Springsteen and the development from Greetings from Asbury Park N.J. to The Wild, the Innocent and the E Street Shuffle. For sure, in the album under review here, we are not witnessing the artist representing the future of rock and roll, yet the considerable – if rather fragmentary – qualities of the first somewhat dysphoria-based Youth Lagoon album, Year of Hibernation, cohere now a couple of years later, on Wondrous Bughouse, to produce a personal but never self-indulgent collection of extraordinary variety.

Trevor Powers, a.k.a. Youth Lagoon, is a California resident with a sound very different from that of the musical inhabitants represented by, say, Jonathan Wilson. If the echoes of the original ladies and gentlemen of the Canyon have never really faded from the collective memory of Wilson and his associates, Powers’s forceful comment, in an interview on ABC news following his first record, establishes his own perspective: “I don’t romanticise the past; it’s not nostalgia.” He emphasises how the “natural evolution” of his ideas, as he puts it, is important to him.

On the evidence of Wondrous Bughouse, it appears a very pertinent point. On Year of Hibernation Powers had demonstrated a mature understanding of song structure. The transition, a minute or so into ‘The Hunt’ on that album, was managed with a fluency that carried conviction and allowed one to anticipate a confident handling of more complex arrangements on the second disc. Also, on ‘Daydream’ from that first record, the rhythm of the drum machine and the cadence of Powers’s voice were skilfully integrated with a hint of the type of craftsmanship that characterises the work of much more mature artists. Further, ‘July’ managed to suggest an uncanny blend of innocence and experience, with the change of pace and more strident vocals in the second half carried off without any sense of jarring, such that there was no lazy drift into mawkishness.

The opening of Wondrous Bughouse has submerged sounds that initially disorientate but then give way to washy chords that, in turn, lead into more insistent rhythms where the keening melody is thoughtfully surrounded by a range of splashy sounds that never quite overwhelm it. It’s easy to say that there’s too much going on, but the disparate effects in ‘Mute’ cohere with impressive fluency as ideas fizz, collide, diverge and reconnect delightfully. ‘Attic Doctor’ has an eerie fairground soundscape where the interweaving of vocals and electro-burbles is at times dizzying, and the ride comes to a stop at just the right time.

And that’s a feature of this new album: the ideas don’t outstay their welcome. Within a track, the phases (not just the individual sounds) are well defined. The increase in pace in ‘The Bath’, for instance, is handled with the same confidence with which a similar transition was managed on ‘July’ a couple of years ago. The apprenticeship served on Year of Hibernation has given Powers the confidence to attempt juxtapositions that work joyfully.

‘Pelican Man’ builds, twists and surges – and then falls into fading irretrievable fragments that point to (as yet) unexplored possibilities. ‘Dropla’ has simple elements combining beautifully: “You’ll never die” chanted as a range of sounds first orbits and then displaces the voice, before the original components re-integrate in new combinations. Then, a brief coda that (again) suggests further routes for exploration. Then, stop. ‘Sleep Paralysis’ offers variations on an alternative Eraserhead soundtrack theme that duly crash into a few snippets from a possible prospectus for a musical remake of The Cabinet of Doctor Caligari before we get an extended echo of some of the more sandbox-inspired stuff from Smile. Powers’s inventiveness is dizzying at times, yet at no time is it self-indulgent. It all works winningly. Wondrous Bughouse is a delicious collage: provocative, allusive and consistently engaging.