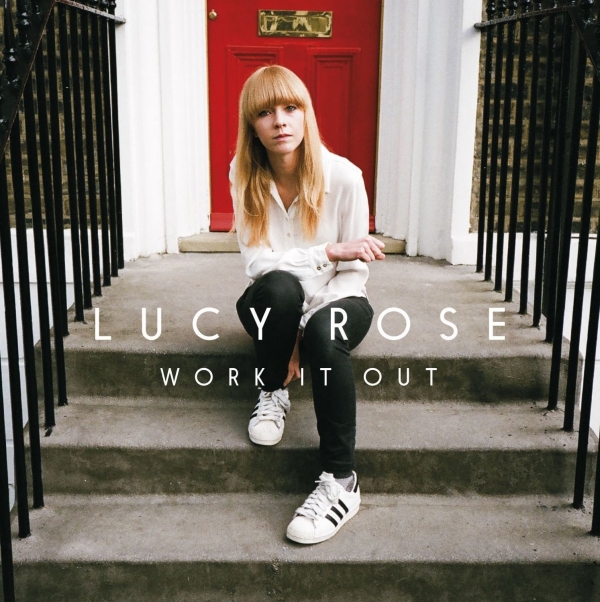 Opening and closing tracks "For You" and "Into The Wild" will be comfortingly familiar to diehard fans as the acoustic-y tracks which most resemble her debut Like I Used To. This correctly implies the middle 11 tracks are a shift of emphasis. "Our Eyes" dives straight in after "For You" with abundant synth-driven energy. Rose also changes up her lyricism with short catchy bursts; “out of touch” and “just yours” form heavily repeated hooks. Hooks are the certainly the dish of the day, enough to leave even the most hardened fisherman blushing.

The English Rose turned to Apple to help her compose on-tour, using Beat Maker 2 (it’s £7.99 if you want a go yourself) to give structure to her initial ideas before hitting the studio. Rich Cooper helped her mould this professional and slick sounding upbeat, summery, Eighties throwback of a release - regardless of how you feel on her change of direction here, she's executed the fiercely independent vision she had for it. There was a little pushing from Columbia but it seems to all have been positive according to Rose, even when they were slightly alarmed she was using expensive studio time to write "Nebraska".

One of the tricky consequences of a change of sound is the obvious question ‘why?’. "Cover Up" is a place where it is a problem rather than just a difference. Aiming at new sound is endlessly admirable, but does that mean she ends up artificially creating something alien for the sake of difference? It seems like this track chases a sound which doesn’t suit her. There is a bit of scope for a claim that Columbia has had too much influence, seeing an energetic, synthetic ‘mainstream’ record as a way of becoming more accessible and drawing in a chart-based crowd. However, if Lucy claims this was her idea and that “she couldn’t make the same record twice” then fair enough, it will have to be left as just a cynical suspicion.

"Our Eyes", "Like An Arrow", "Till The End", "She’ll Move" and "Work It Out" showcase her new style at its best. On "Like An Arrow" Lucy Rose Parton actually has a real country feel underneath all that bounce (an acoustic version at Rak Studios really highlights this) which puts the Surrey-born singer’s vocals in a shining light. Across the whole LP she really pushes herself, singing with pop sounds or husky drifting, as well as her classic feathery folk that is key to the success of this particular track. There is an acoustic break around the two minute thirty mark which cleverly refreshes the palette and simultaneously acts as a drop for the reintroduction of the bass and drum beats.

Her lyricism is bound to take a backseat when discussing such a louder and broader album. Indeed, due to the pop-based stylisation, most of the resonating phrases are in the form of hooks and repetitious short choruses which fade songs out. However, there are still plenty of opportunities to see her write with insight, concentrating on what a lyric says as well as how it sounds. Particular favourites include; “I’m walking on thin ice/ to find who I really am”, “...my only life/ and its writ down here just for you” and “I should have believed that we could have made it till the end”.

It’s always terrific to see an act with such an established sound, try something else, just ‘cos. Work It Out  is very well-balanced in its attempt to segway from her debut and is testament to the manner in which it is put together, let alone the new sound itself. Eighties keyboards, snappy and bass-driven beats and high energy are a great thing and the fact Rose mixes them into her recipe of delicate vocal power and an ability to build an atmosphere is pretty awesome.

There are a few duds in there where the dynamism and the delicacy clash ineffectively, but they are outnumbered by the surprising number of triumphs. Added to those are the beautiful, old school Lucy Rose moments that reminisce on what we’ve loved. It’s ten out of ten for effort and ambition, seven and a half for final product.