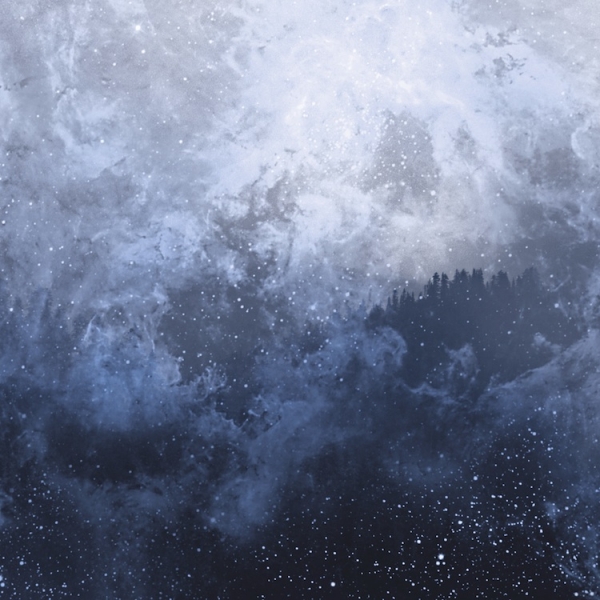 A black metal band with a distaste for all the traditional trappings of black metal create a black metal album containing no drums, no vocals, and little you could readily confuse for black metal at all: Celestite, variously being described as their fifth full-length LP and a “companion piece” to 2012’s Celestial Lineage, is in many ways the logical next step for Wolves in the Throne Room, a band who have been pushing the boundaries of the genre in one way or another since their self-titled demo tape a decade ago. Crafted almost entirely on analogue synthesisers, Celestite sounds like the ghost of a Wolves in the Throne Room album: ethereal, stripped of everything that characterised them previously, and yet retaining just enough of their essence to remain unmistakably their work.

The extent to which it works as a “companion piece” to Celestial Lineage is questionable; if anything, Celestite makes for a more interesting comparison to Agalloch’s The Serpent & the Sphere than it does to its own predecessor. Another genre-defying Cascadian black metal act releasing its fifth studio album following up a critically acclaimed fourth, Agalloch confounded expectations by doing the completely unexpected thing: returning to their roots and making a moreorless straight-up black metal record, hiring renowned metal producer Billy Anderson for their darkest, most thematically dense work so far, the title of the opening track – “Birth and Death of the Pillars of Creation” – immediately betraying all we need to know about the scope of its themes. Wolves in the Throne Room instead turned to Randall Dunn, best known for his work with drone bands Sunn O))) and Earth to create an introspective and subtle work of ambience. The contrast between the recent works of two of American black metal’s most prominent practitioners says a lot about the current state of the genre after a few years of cross-over success, with last year’s Deafheaven album riding the crest of that wave.

In itself, Celestite isn’t particularly ground-breaking. Yes, Aaron and Nathan Weaver – the brothers who are the band’s only permanent members – give “dark ambient” an even darker twist, but the album is more notable for what it represents in the progression of their thought, and their continued exploration of what it means to be “a black metal band”, than for what actually goes on musically. That is not to disparage the craft and level of detail that has clearly gone into creating these soundscapes, but simply to note that there is nothing here fans of the ambient genre won’t have heard before. The lack of grand originality isn’t a problem; the Weavers bring enough of their own sound to Celestite that it is distinctive, but this isn’t intended to be a reinvention of a genre in the way that Celestial Lineage might have been. Instead, the focus is more on elaborating the connections between the two genres.

Dunn’s input is instantly apparent during the album’s darkest moments – the sporadic use of guitars throughout is so Sunn O)))-inspired that I had to check it wasn’t Stephen O’Malley himself making a guest appearance – but it is the album’s lighter moments that register the greatest interest. The analogue synth sound used so heavily here is so tied up with 80s film clichés that at times “Initiation at Neudeg Alm” comes across like Swans belting out the Escape from New York soundtrack; other moments are pure Eno. What is clear, though, is that the Weavers are no mere dabblers in genre here, and making a dark ambient record is not a simple indulgence. Every bit as dense and nuanced as their more traditional work, Celestite might end up finding itself falling between two stools, but no-one could accuse Wolves in the Throne Room of going at this half-heartedly.