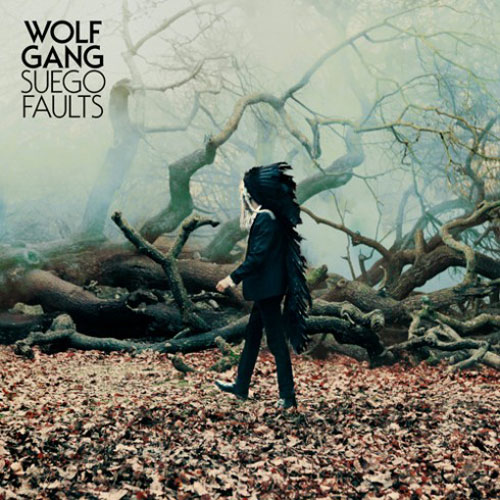 Aptly named after an imaginary utopia that came to Wolf Gang’s main architect in a dream, Suego Faults is the swirling, euphoric debut from 24-year-old London native Max McElligott. Owing a lot to its producer Dave Fridmann, the record’s new romantic tinged electro identity means MGMT comparisons are understandably rife. Scattered with sunny, made for mid afternoon festival-slot numbers and disco inspired rhythms this grand symphonic record is full of irresistibly infectious pop classics but is slightly maligned by the over zealous bombast of its creator.

Opening auspiciously with stadium friendly single ‘Lions in Cages,’ Suego Faults instantly pulls you in. Punctuated with momentous duelling synths and guitars, the deceptively simple, nimble, ‘Kids’ like melody is accompanied by a deep, booming bass drum and somewhat disappointingly inexpressive vocals. An album highlight by far, it sees McElligott craft one of the most immediately catchy harmonies you are likely to hear this summer and is just as likely to be played on repeat until its compelling jubilation wares thin.

Suffering from the same affliction as much of the record, ‘Lions in Cages’ becomes increasingly cloying with each listen as if with just a few listens you have already played it to death. Although, the title of most cloying album track certainly has to go to current single ‘The King and All of His Men.’ With high-pitched Mika esque vocals, and a buoyant array of pounding synths this glamorous, sing-along track, whilst confidently self-assured, seems more like a hollow deluge of influences than the work of McElligott himself.

Although, I suppose an album of this calibre is not intended to explore the depths of the artists inner workings it’s just a collection of great pop songs, although there are certainly moments, (particularly in excessively mawkish title track and piano driven Keane tribute number ‘Stay and Defend’), that my finger looms over the fast forward button. Giving us a much-needed respite from the more excitable stadium numbers, ‘Back To Back’, and to a certain extent ‘Midnight Dancers’, offers up a sparser, more considered and restrained soundscape whilst maintaining the bare essentials of great electro pop – clattering percussion, gently wailing guitars, romantic lyrics and that sing-along chorus.

The trouble with Suego Faults (aside from obvious filler tracks like ‘Where Are You Now’) lies in the fact that it really brings nothing new to the table and no matter how alluringly infectious and joyous the major chord harmonies are it becomes one of those cloying, overplayed records in a mere instant.