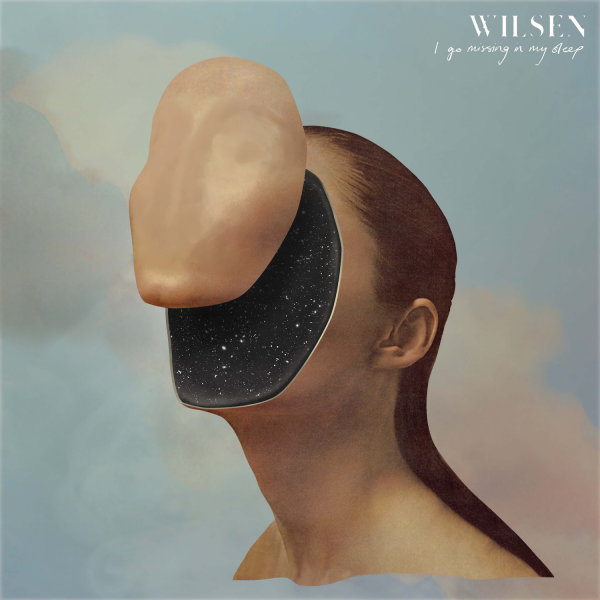 Since 2014’s fine Magnolia EP, Brooklyn-based Wilsen’s future seemingly hinged on where they should take their sound moving forward to their first label-backed LP.

Beginning with 2013’s self-recorded and self-released Sirens album through its EP follow-up, Wilsen had produced sparse, languorously beautiful indie folk fare. In essence, the band appeared very much a Daughter doppelganger and their frontwoman, Tamsin Wilson, a more enigmatic, yet less intense Elena Tonra. What seemed certain after Magnolia was, as sonorous as that EP had been, Wilsen would find a way to distinguish itself on their next outing, and, for better and for worse, I Go Missing In My Sleep accomplishes just that.

The addition of drum tracks and a warmer, richer production lends the album a smooth sophistication that, at times, works hand in hand Wilson’s light and innocuous vocals and, at others, drowns her in its sheen. “Garden”s synth flourishes and fluttering rhythms provide a neat foil for Wilson’s metered vocals while “Dusk” lightly rolls onward like its namesake, buoyed by wisps of pedal steel. Unsurprisingly, the album’s more spartan, folk-laden tracks, “Otto” and “Final”, are among its most successful, benefitting from their change of pace roles.

I Go Missing In My Sleep‘s rounded edges fall flat when they accompany more homogenous arrangements, as on “Centipede” or “Heavy Steps”, where there’s little to lift the song out of simply “sounds nice” territory to something that sticks heavier. The album’s closest claim to a hook arrives via Magnolia carryover, “Emperor,” though this latest version’s souped up arrangement saps the original’s haunting nuance. The album closes, however, with perhaps Wilsen’s most emphatic stab at a new mission statement as “Told You” soars out on a three-minute coda building to a propulsive crescendo only to give way to a final minute of breathy atmosphere.

I Go Missing In My Sleep is certainly short on instant reward, paying out higher dividends with repeated and closer listens. While there are portions where the rewards don’t feel like they justify the effort, Wilsen has thrust their own marker in the sand with this debut and given themselves a wealth of directions in which to pivot toward for the future.