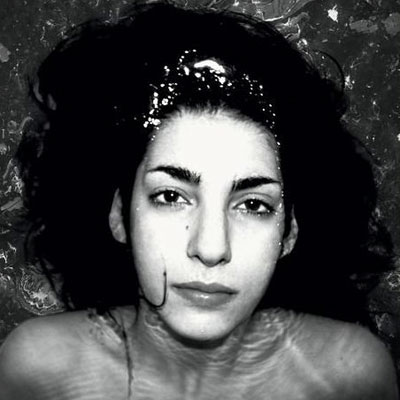 From the married Swedish duo Mariam Wallentin and Andreas Werliin comes the latest EP from Wildbirds & Peacedrums. Following on from their critically acclaimed 2009 long-player The Snake, the Retina EP is as beautifully uncluttered as it is intricately composed. Pushing their soundscape beyond its already experimental folk sensibilities, Mariam’s sombre layered vocals, accompanied by the 12-piece Schola Cantorum Reykjavik Chamber Choir, produce a harmonious exuberance.

‘Bleed Like There Was No Other Flood’ opens with ominous and aching sighs that are gradually punctuated by sparse percussion. Minimalist instrumentals populate a haunting track, as Miriam’s rich vocals infuse everything with a sense of austerity and depth. Following track, ‘Tiny Holes in This World’ begins with soft and delicate drum rumbles that begin to sound like fireworks popping in the distant night sky, as they build against the gasping, soaring vocals to mimic the heavy beating of a heart. Previous TLOBF Song Of The Day ‘Fight For Me’ is a stunning concoction of the duo’s trademark percussion and vocals, further complemented by the Chamber’s Choir’s subtle, intuitive input.

Retina EP is a striking ethereal release, whose brooding and abstract vocal/percussion compositions have been enhanced by the creative input of the choir and one time Bjork collaborator Hildur Gudnadottir. A truly staggering slice of experimental psychedelic folk, the raw honesty of this music seems like it can only reach its true impact if experienced live, in a room around which Mariams’s voice and Andreas storming drums can echo.