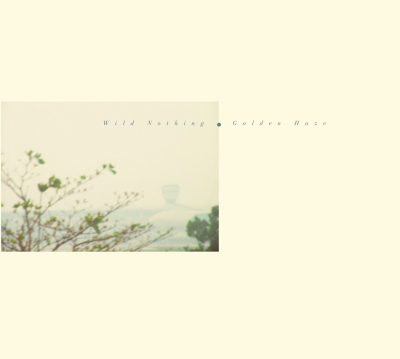 Wild Nothing is the moniker that Jack Tatum likes to use for his dreamy pop/rock one man band, but you knew that already. Tatum has gone from a relatively anonymous being to one of indie’s fastest rising stars of 2010, and not without reason. His debut Gemini may not have been an LP covering a wide spectrum of sounds, but instead it was a delicious specific homage to the indie music of the 80′s. C-86 jangly guitars, pessimistic lyrical notions and deceptively catchy but understated melodies all being present. Suffice to say, it was met with critical acclaim and will no doubt go down as one of the best debuts of the year.

However not content with just releasing an LP, Wild Nothing has now released an EP dreamly titled Golden Haze. As suspected, the six tracks are more of a continuation, instead of an evolution, of Tatum’s established shoegazey and ever-s0- slighty trance-inducing sound. Thankfully, these aren’t just a collection of rehashed ideas/tracks that never made the final cut the first time around, with the songs being more of a display of how the Virginian born and bred musician is dangerously close to perfecting his craft.

Take title track and opener ‘Golden Haze’ with it’s nonchalant, albeit wistful, manner, a melody so strong it sounds instantly familiar, it’s this kind of fake sense of acquaintance that makes each track so addicitive. As for Tatum’s vocal it’s versatile throughout the 20 mintues, whether it’s a melancholy nasal tone (‘Golden Haze’), a deep dancefloor boom (‘Take Me In’) or a reverb drenched falsetto (‘Vultures Like Lovers’), it always seems appropriate and not just a desperate attempt to show variety.

It goes without saying that most of the time music isn’t an instant thing and most works need a couple of listens to sink in. Surprisingly though, this isn’t the case with Golden Haze, with everything being so instant.