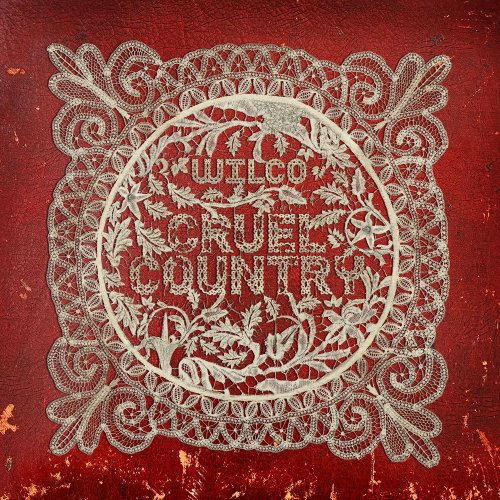 In his recently published guide to songwriting (How To Write One Song), Jeff Tweedy described his method for steady creativity: instead of waiting for inspiration to strike, the Wilco founder writes constantly to improve the odds he’ll be tuned in to the right frequency should a good idea present itself.

On first encounters, Cruel Country issues the whiff of perspiration over inspiration that such a tireless work routine suggests. At 21 tracks, Wilco second double album is fit to burst with songs, but at first they mainly appear to be slight, shy and retiring creatures, not that keen to hog the spotlight and make their presence felt. Keep listening, though, and richly alluring hidden depths soon appear.

Having fought valiantly and successfully to maintain a maximum distance from Wilco's humbly generic country-rock origins from 1996's adventurous classic rock saga Being There onwards, the band's 12th studio album finds Tweedy and co. exploring the idioms of classic country music (check out the crisp Bakersfield twang of "Falling Apart (Right Now)"). The sparsest tracks (such as the nearly-solo, at turns comical and profoundly moving "Ambulance") even hark back to Tweedy origins in dusty alt. country pioneers Uncle Tupelo.

Then there's the other meaning of country. From the gently lilting title track (‘’I love my country/stupid and cruel’’) to the stunning slow-burn ascension of "Hints" (‘’there is no middle when the other side/would rather kill than compromise’’), Tweedy's reliably enigmatic (but at best profound and powerful) lyrics hint at the troubled distant and not so distant history of the US. If the lyrics often refer to collapsed dialogues, Wilco's near-telepathic interplay (the band recorded live in studio for the first time since 2007's Sky Blue Sky, whose mellow and unhurried tones Cruel Country often echoes) provides a masterclass in musical communication. Although Cruel Country is short on fireworks, the sprawling, seriously beautiful highlights ala "Bird Without a Tail/Base of my Skull" (with a jangling instrumental section reminiscent of Sonic Youth at their least abrasive) and "Many Worlds" (where the six-piece is allowed to noodle warmly in the glorious tradition of, say, Neil Young & Crazy Horse or The Grateful Dead) prove that subtle understatement can rock just as hard as noisy catharsis.

Keeping with the traditions of double albums, Cruel Country does suffer from the too-much-of-a-good-thing syndrome. For every quietly devastating gem such as "The Universe" or the twisted love song "Tired of Taking It Out On You" there's another good if fairly nondescript mid-tempo excursion into melancholy country rock. Ultimately, however, the highs triumph over the occasional coasting, even if it's hard to entirely shake off the feeling that there's a killer 12 or 14 track record to top off Wilco's return to studio form on 2019's Ode to Joy lurking amongst this bumper crop of Jeff Tweedy’s songs and Wilco’s telepathic dynamics.