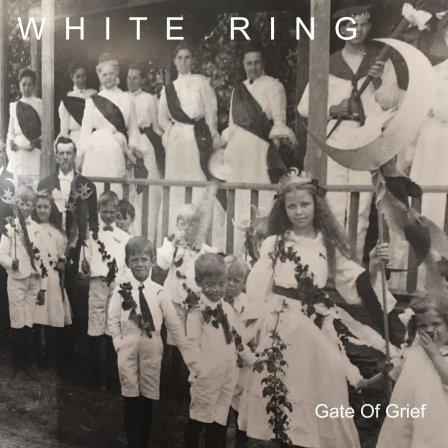 In musical terms, 2011 feels like a lifetime ago. Back then, James Blake was being championed as a “one to watch”, The Weeknd was still an anonymous RnB producer putting free drug-fuelled EPs online and witch house was a thing – if only for a few ephemeral minutes.

Witch house was a shadowy coven which melded skeletal beats, cold, ghoulish synths and industrial aesthetics. However White Ring, back then vocalist Kendra Malia and producer Bryan Kurkimilis (the duo are now made up of Kurkimilis and vocalist Adina Viarengo), barely had time to release more than a few ominous tracks and 2010 EP, Black Earth That Made Me, before the genre fell off the radar.

Since then, it seemed the band had slipped, wraith-like, back into the deep darkness, not unlike prominent peers such as Salem and oOoOO. But are we beginning to see the first phantasmal wisps of a witch house revival rising from the gloom? Salem are reportedly working on new music, think pieces revaluating the scene have appeared online and, through illness and a line-up shift, White Ring’s much delayed debut Gate Of Grief has finally arrived.

On one hand, the oppressive, sometimes nightmarish synths and menacing atmosphere of opener "Heavy Self Alienation" and "Fields Of Hate" are hallmarks of a sound that experienced its heyday seven years ago. On the other though, built on chopped and skewed samples, glacial trap and nervy bass, witch house always sounded futuristic. While "Close Yr Eyes" throws off its shroud and embraces the lasers, the album is at its most interesting when it uses its influences to wage horror, rather than euphoria. "Leprosy" is crammed with searing melodrama, single "Nothing" nicks the opening drum beat of Nine Inch Nails’ "Closer", while "Home Of The Brave" builds the kind of unsettling ambience that The Cure employed perfectly on Disintegration.

At 14 tracks long, Gate Of Grief is a long listen and, in truth, a lot of it sounds the same. But after a while those icy beats and warped vocals begin to sound more like a bony, deathlike finger tapping into our instinctive fears. If White Ring are hoping they can exorcise the past and begin a revived new chapter, this is a decent effort.