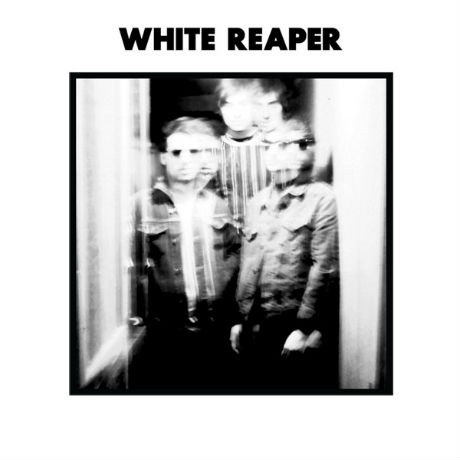 Louisville, KY trio White Reaper are among the newest entries into the recent garage rock/-punk explosion. Their self-titled, debut EP for Polyvinyl is six songs in 17 minutes of promising DIY punk. Singer/guitarist Tony Esposito is joined by brothers Sam and Nick Wilkerson on bass and drums respectively, and what a racket the three of them make.

And a fun one, at that. While the accompanying pressie name checks Jay Reatard and Ty Segall, White Reaper are a tad too abrasive to be compared to the former and less psychedelic than the latter. Yes, the band use surf elements in “Cool” and have a prog-rock breakdown in “Ohh (Yeah),” but overall these half-dozen cuts are largely unrelenting garage-punk outbursts. But what truly makes this EP stand out are the little things - the handclaps in “Cool,” the spectre of a keyboard riff that floats alongside the frantic riffing of “Half Bad,” and the ‘80s sludge found in “Conspirator” all suggest that this band want to be more than simply a messy punk band. That said, when they do decide to just rock out, the results are equally satisfying. “Funn” and “She Wants To” are a pair of sub-two minute bursts that find the bass and guitar racing each other to the finish line, while the drums just try to keep the songs from going off the rails. Even “Half Bad” with its arena rock-ready bridge manages to maintain its momentum throughout.

When the band misses, though, it’s because of questionable choices, and not a lack of execution. For example, the EP is mixed as though it were shoegaze: guitar and bass mixed at the top, constantly competing for your attention, with the drums and Esposito’s vocals underneath. The mix certainly gets a coupla points for personality, but breaks even because it’s equally distracting. Speaking of Esposito’s vocals - his yelps and screams are a key instrument in this band, but because they’re buried under a foot of grungy fuzz, some of the effect is lost. Again, it adds to the personality of the songs, but it’d also be nice clearly hear him and be able to pick out more than a few phrases across the entire EP. Really, the only songwriting misstep comes in the four-minute closer “Ohh.” Acting as the EP’s space for experimentation, it’s clearly the song the band will use in future releases to branch off of when playing straight-up garage punk becomes boring. Opening with some reggae flavor, it quickly devolves into an awkward push-pull between The Clash-style noodling and brash, post-punk salvos. It’s as if the band wanted to play around with other sounds, but felt homesick when they strayed too far from their own beaten path.

Which is both unfortunate and encouraging. On the one hand, yes, “Ohh” is the one stumble here and, therefore, an odd note to end on. On the other hand, it shows the band’s songwriting isn’t limited to its influences, and that White Reaper aren’t afraid to let their hair down. This EP isn’t the best garage punk release this year, but it’s still an enjoyable listen.