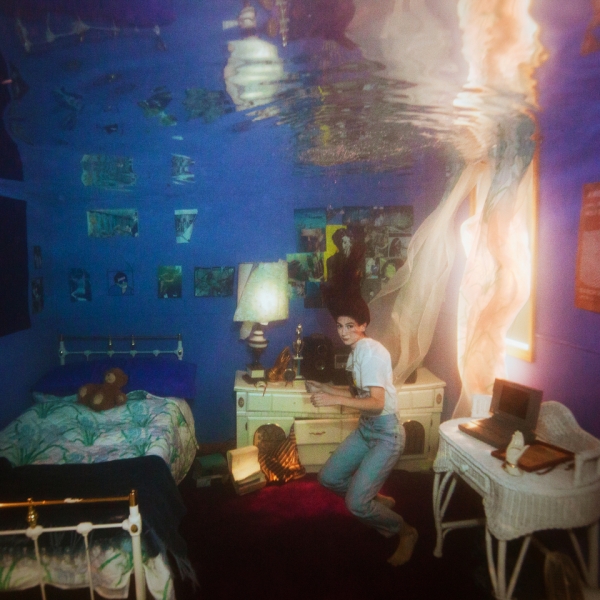 Weyes Blood (Natalie Mering) does not tend to do things by halves.

Her new album opens with a subtle tribute to the opening of Side B of David Bowie’s Low. “A Lot’s Gonna Change” opens with what sounds like a corruption of Bowie’s “Warszawa”. She’s taken a masterpiece, sprayed with acid and let it linger, before the track folds outwards ever so beautifully into a widescreen Beatles piano ballad. By the time the meat of the song is unveiled, it’s almost as though the ghost of John Lennon is speaking directly through her. The ballad grows exponentially, until it becomes one of the highlights of a world-class LP.

There are moments, melodies, arrangements and ideas throughout Mering’s new record that draw, with straight-faced sincerity, from The Beatles. Borrowing from the greatest band in the history of recorded music leaves you in a tricky predicament: just how much will people be willing to accept?

The title and concept of the album are drawn from Mering’s childhood. She turned to the movie, Titanic, in moments when she felt most desperate. She now equates the sinking of the Titanic to the relentless destruction caused by human hubris, specifically our over-reliance on technology, and our dwindling attention spans.

Monumental weeper “Andromeda” follows the opener, equal parts Sharon Van Etten and George Harrison. The influence of Harrison on the track is undeniable, but subtle enough for the track to hit hard without much blowback. The guitars are drawn from him, but the melodic construction is as inventive as anything you can imagine. Mering her shows herself to be in the same league as, say, James Murphy: The influences felt on each track are overt enough to be noticed, but subtle enough to be ignored, if you prefer.

“Everyday” is a tune that owes much more to another Beatle (her third of four): Paul McCartney. The piano-led Baroque doo-wop arrangement owes an incredible amount to McCartney’s elegant, lush songwriting. The track grows exponentially toward an ecstatic crescendo, before dropping into a minute or so of drone mania. Euphoria just about covers the sensation she generates by the end of the song.

“Movies” borrows from Radiohead, with its echoing, exponentially-growing vocal layers and post-modern robotic accompaniments. “Wild Time” builds upwards with the same tools, with an exceptionally pleasing outcome. The strummed guitars are glassy, the classic melodicism seems rejuvenated. It’s clear by this point in the record (as if it wasn’t before) that Mering is aiming for the stars. And why wouldn’t she?

“Something to Believe,” uses slide guitar to devastating effect – in the same way a perfume can bring back an afternoon from your childhood so deeply ingrained in your psyche that you remember it in watercolours. Brian Eno and William Basinski show their influence on ambient centre-piece “Titanic Rising”, which swells and dies away in seconds. Eno’s mid-'70s masterpieces give “Mirror Forever” its starting point, especially when the searing, Robert Fripp-sized guitars blast through the delicate haze.

Sensual, cinematic ballad “Picture Me Better” serves as the de facto closer, before the elegance of “Nearer to Thee” (an instrumental) draws things to a glorious end. It’s almost as though the record was constructed in a vacuum, with Mering choosing her favourite sounds from Low, Abbey Road, All Things Must Pass, Another Green World and OK Computer, sticking them in a blender and applying her own creativity to the elemental gloop she ends up with.

But it’s about much more than that. We are all, overtly or indirectly, influenced deeply by the music that we love. Some folks, when creating, attempt to use the tools that their brain already has a fondness for – a sweep of strings here, a skittering beat there. What makes Natalie Mering so much more than simply a songwriter with a good ear is the amount of her own identity she imprints on sounds you might have heard somewhere else before. Titanic Rising is a new thing, her own stamp on the world. Like all the best musicians and songwriters before her, she’s plumbed the depths of her imagination and brought forth a masterpiece from the depths.