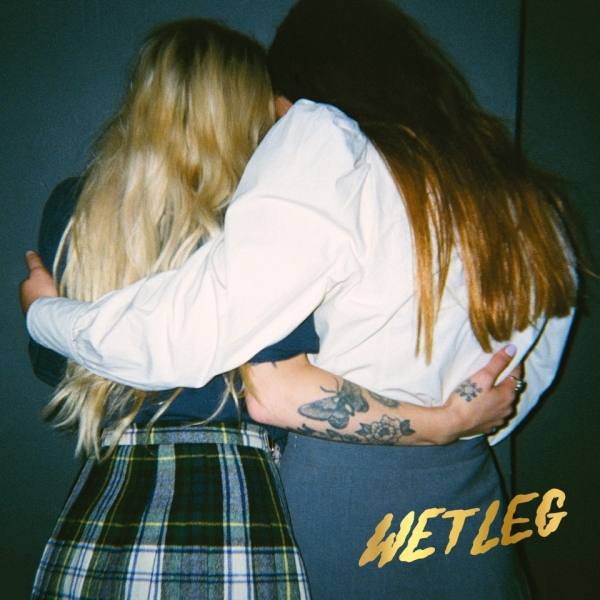 A little over nine months ago, the words ‘wet leg’ would have conjured up nothing more than the image of a slightly sodden limb.

Now, thanks to Isle of Wight natives Rhian Teasdale and Hester Chambers, the standard indie rock appreciator’s brain is likely overwhelmed with visions of lobster claws for hands, prairie dresses with sunglasses, and the desperate clambering of an ex onto your car bonnet (“Wet Dream”).

The duo have somehow and, seemingly effortlessly, fashioned an entire career within the space of the average human gestation period. Quippy 2021 hits “Chaise Longue” and “Wet Dream” swiftly launched them into airspace most newcomer musicians can but dream about – appearances on late night US TV shows, the coveted NPR Tiny Desk gig, and of course, the inevitable barrage of criticism and scepticism that pairs so well with overnight recognition.

Whilst it might be tempting to brush aside Wet Leg as a gimmicky, two-hit wonder; their titular record delves beyond the innuendo-laden viral tracks. They keep the sarcasm (all part of the charm) and toy with existential crises, misogyny, love, sex, supermarket shopping, etc, etc, via a dark humour lens and Teasdale’s dry, deadpan tone.

It’s the careful balance of lyrical self-awareness and indifference amidst post-punk guitar that keeps you on your toes. “Piece of Shit” is funny, catchy, and then sad when you realise how relatable it is. A subtle commentary on misogyny – Teasdale’s ‘done with it’ attitude, an ode to the ‘good guy’ who inevitably shows their true colours – “Want me to cry? / Alright / Like I might die? / Alright / You’re a good guy / Alright / Alright whatever helps you sleep at night”.

Opener “Being in Love” alludes to the feeling of physical injury being comparable with falling for someone. On paper, Teasdale’s impassive lead vocals might seem at odds with the subject matter, but it all adds to Wet Leg’s tongue-in-cheek energy.

There’s plenty of wit to go around, ear worm-y enough to store in your brain and belt out in unison at a Wet Leg gig: “hope you’re choking on your girlfriend” (“Loving You”), “When I think about what you’ve become / I feel sorry for your mum” (“Ur Mum”), “What makes you think you’re good enough to think about me when you’re touching yourself?” (“Wet Dream”) – all bound to be crowd pleasers.

Wet Leg was birthed out of a relatively innocent desire to “get free entry into festivals” so perhaps there’s something to be said for a band who doesn’t take themselves too seriously. In doing so the duo have gifted themselves the freedom to create joyfully, messily, and without pretension.