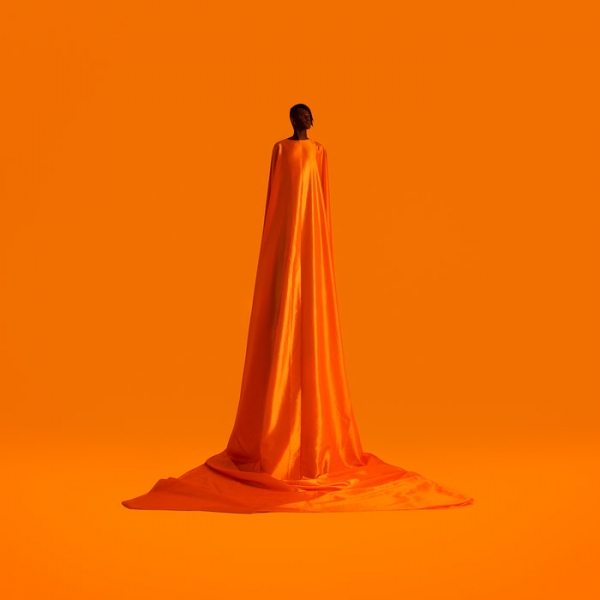 Wayne Snow is a seasoned artist with music hanging in the ether for years – his 2017 album Freedom TV draws on the sounds of disco superstars like Sylvester and Rick Wade, but Figurine goes beyond simply good beats and into the realm of exploratory afrofuturism.

It’s a meaty, thematic album, his inter-continental influences offering up an expansiveness that stretches into a colour drenched Savannah of synths and drums. We move through radiant compositions contained within tight R&B beats, with a nod to nu jazz. Song melts into song, each one building on themes of identity, competition, and the ability humans have to change their faces (whether or not this is a good attribute is left to us to decide). From the black and white chess board on which we are all moving at a calculated pace, Snow emerges, bright orange and unapologetic.

We’re thrown into the album with the eponymous song, "Figurine". Snow seamlessly merges the tummy churning R&B beat with a classical Hisaishi-esque piano sequence. This creates an undeniable melancholy that’s only crystalised by his experimental breath patterns and use of silence.

"Faceless" is a captivatingly structured piece. A song sliced into two recurring phrases; the bassy, breathy section, spattered with wolfine howls, and the drawn-out synth underneath naked, falsetto harmonies – reminiscent of the unsettling sound of Childish Gambino’s "This is America". It has a wonderfully inconclusive ending; when you think it’s over, it rises up again from the orange ashes.

The album doesn’t settle, one song never repeating the structure of the last. "Nina" is a standout track, exuding a Glass Animals lethargy with a West African running beat akin to Fatoumata Diawara. That satisfying synth just picks you up and throws you into the warmth of Snow’s voice.

I can’t talk about "Seventy" without referring you to the mesmeric music video, directed by Travys Owen. The song creeps up on you and opens into a vivid story; earthen and mourning for something which is still alive. It is a lulling, but not comfortable song; the visuals exploring afrofuturism and the simultaneous vastness and emptiness of self-reflection.

Figurine has longevity, and despite retaining his established soul-rooted groove, Snow explores a new nuance, something deeper and wilder. His music is forward thinking, sensitive and punchy, attacking subjects purely and simply, often using instruments to explore his philosophy instead of a barrage of lyrics. When lyrics are used, they’re tight and to the point. It’s a fabulous album, built to be listened to, not just heard. We exit the album on the suave and sexy "Magnetic", featuring Oscar Jerome, which asks us ‘why, is that not enough?’ and my answer is, ‘no, it is not, I want more!’