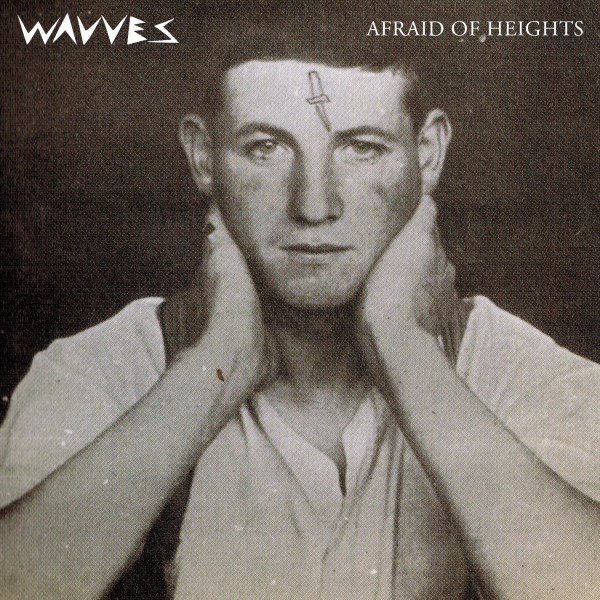 For a long time, it seemed as if music was very much a secondary feature of Wavves, a band that started life as a solo project for frontman and principal songwriter Nathan Williams. Whether it was his now infamous on stage meltdown at Primavera back in 2009, or a painfully try-hard demeanour related to the public via interviews and his Twitter account, Williams seemed intent on crafting some sort of image for the band, although it wasn’t particularly apparent what that was. Drugged up bad boy? Pot addled slacker? Irrespective, their third full-length, King of the Beach, was enough to remind us quite why the blogosphere had paid Wavves so much heed in the first place; a wonderfully tight collection of pop punk songs that proved that a little bit of polish can go an awfully long way.

Musically, that record was Williams coming out of his shell, leaving the all-encompassing distortion of his earlier efforts behind in a manifestation of his increased confidence in his own ability. It was probably inevitable, then, that the follow up was never going to make its audience sit up and take notice in quite the same way; it seemed unlikely that Wavves would be able to shift things up a gear again quite so soon. So it proves with Afraid of Heights, a record that, for the most part, is the sound of a band treading water.

It’s perfectly lovely water, all the same; there’s a slew of songs more than worthy of the record’s predecessor. ’Lunge Fwd’ fizzes with the youthful vigour that’s become an ironic trademark of a band that, at least in the early stages of their career, were so readily associated with weed and a sedentary lifestyle. ‘Paranoid’ races towards a delightfully bouncy climactic guitar solo, whilst ‘Gimme a Knife’ makes impressive use of the soaring, falsetto harmonies that became a staple on King of the Beach.

Williams has never been anything like shy about wearing his influences on his sleeve, and never more so than on Afraid of Heights. Wavves’ inclusion in the lineup for the inaugural Weezer Cruise last year is surely proof that imitation is indeed the sincerest form of flattery; it’s obvious that Williams’ songwriting style is deeply indebted to Rivers Cuomo, but whether he actually tries to do anything new with the legacy of the bands he looks up to is another question entirely. The title track has The Blue Album‘s thick guitars and droned vocal delivery down to a tee, and the infusion of the aforementioned harmonies is enough to make up for the fact that Jenny Lewis’ backing vocals are practically inaudible. On the other hand, ‘Demon to Lean On’ takes its cues straight from In Utero, but if you were wondering whether it has any of that record’s subtlety and nuance, you should be advised that they’ve seen fit to kick off the chorus of such a Cobain-influenced track with the line “holding a gun to my head.”

Indeed, lyrical sophistication has never been their strong point – when a band call one of their EPs Life Sux, you probably shouldn’t be expecting to hear them channel Bob Dylan – but they largely get away with it, mainly because profundity and insight are never going to be the first priorities of a band primarily concerned with writing infectiously fun pop songs. Williams needs only look to his long-time girlfriend for evidence that straightforward, simplistic lyrics are perfectly acceptable when blending into the background of a stellar pop song; compare Best Coast’s irresistibly nonchalant Crazy for You with the horribly overblown attempts at genuine introspection on its follow-up, The Only Place.

Quite where Wavves go from here is unclear. Their knack for producing pop records that evoke the spirit of so many beloved nineties bands is undeniable; that particular strain of nostalgia never really seems to go out of fashion, so it’s not difficult to envisage a future for the band. It does seem unlikely, though, that they’ll make another album that represents as seismic a step forward as King of the Beach did, but then you rather suspect that their fanbase are quite happy for them to forgo originality – just so long as everybody’s having fun.