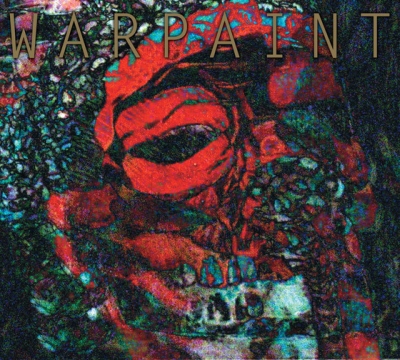 It seems like Los Angeles is no longer content with the knowledge that it’s the nerve center of a billion dollar industry called Showbiz – its predator gaze now looks longingly towards taking over the music industry.

Sure there’s still a long way to go before la-la land rises above Willamsburg, NYC - as the mecca of super-hip music. But it goes without saying, that L.A has been the motherland to some of this years most exciting new music. Want lo-fi stoner rock? See Best Coast and Wavves. Want broodingly dark synth pop? Check out Kisses. Want the next pop starlet destined for stardom? There’s a girl called Sky Ferreria you might like. Desire a disco-punk outfit to fall head-over-heels in love with? Funeral Party might just do the trick…

Yes, all of the above are organic side effects of hazy days spent living in the sun-kissed suburbs and ’chillin’ on the golden sands of Arnie-governed L.A, California. However, unlike their siblings/contemporaries Warpaint aren’t a recent nor a sudden creation, with the all-girl outfit been very much a working process (as a result of a series of line-up changes) up until the release of their Exquisite Corpse EP. The six-tracker was well-received last year by both critics and listeners alike, although most songs were embryonic ideas of the band way back in 2007. Thankfully the time period between the aforementioned EP and debut LP The Fool hasn’t been so long. And with all of the tracks being brand spanking new it appears Warpaint have gradually made the transition, from a fairly inefficient but promising bedroom idea (the original line-up was founded in 2004) to a fully fledged band.

With that 5 year growth period evidently been used to develop the bands sound, that being; an eclectic mix of dreamy pyschedelic rock and empyrean ambience. It’s a complex myriad that contains hushed choral harmonies, abnormal drum patterns, experimental although influenced guitarwork and a sprinkle of piano. However, on first listen The Fool could idly be mistaken as a chaotic mess – a collection of great notions, but when brought together they appear at odds with each other. But fear not, after a couple of listens; ethereal vocals, coarse melodies and abysmal sonics never gelled quite so successfully – each song being a transcendental, uneven shot, of cosmic energy. The LP begins with ‘Set Your Arms Down’ and ‘Warpaint’, both confirmations of their sound. Afterwards comes the sonical pinnacle of The Fool - ‘Undertow’ – a former SOTD – an instant gem that doesn’t compromise Warpaint’s experimental side as they play up a more melodic approach.

Another reason why The Fool is such a compelling debut is the atramentous atmosphere that’s present throughtout the record. It’s very much an autumnal affair, no songs really seem suitable for any other time of year, this is a soundtrack for when darker days are a normality. This means that throughout the LP there’s no escaping a sense of a darker mystical presence, (humour me) it’s as if you could imagine the four musicians carrying out witchlike rituals and the aforementioned musical poetry being aural repercussions of said occult activities.

It’s also quite a lengthy offering with the shortest song coming in at four minutes and the longest being a couple seconds over 6 and a half minutes, but as you’ve probably guessed, that’s just another testament as to how hynoptic The Fool is, with listening being a timeless escape were the thought of dragged out, elaborate ideas, isn’t a worry. The Fool is a stellar debut where you’d have to be pretty much musically inept not to get lost in.