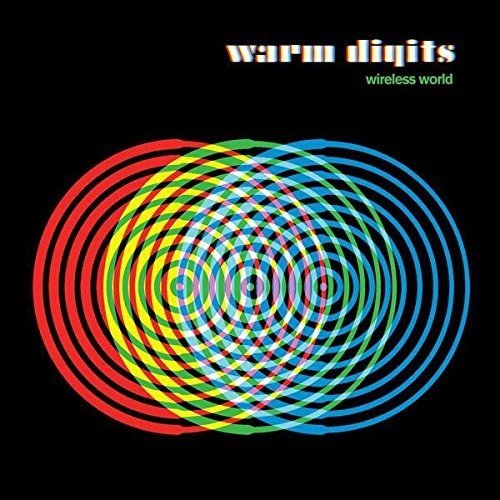 Their last album, Interchange, was an ode to the Tyne and Wear Metro (an iconic underground transport network) which doubled up as a film project, harnessing the train’s motion and propulsion through a series of Kraftwerk-inspired instrumentals. Andrew Hodson (Drums) and Steve Jefferise (Guitar, Production) are intelligent collaborators - bouncing their musical ideas off a range of artistic sources and mediums, before conceptualizing their works.

The Geordie duos’ latest collage of ideas, Wireless World represents societies unbounding optimism for new technologies at the expense of our planets decline. It might sound like an ambitious task, but Warm Digits are no stranger to this sort of dystopic territory - I last saw them play a live intro to an independent screening of Blade Runner. In fact, their chaotic kraut-tronica adds a fun and thrilling urgency to any potential doomsday scenario.

Wirless World channels the post-rock tendencies of bands such as Fuck Buttons and 65daysofstatic, but remains grounded in its atmospheric vision. “End Times” tackles the finality of our species with a dose of tongue-in-cheek disco funk. “It must be getting close to/I feel it getting near to...” sings guest vocalist Peter Brewis (Field Music) as a garish vocoder cuts through the synth flickers.

Title track “Wireless World” is a pulsating ball of trance pop, that cascades through a spiraling virtual network drawing on the velocity and bashfulness of Mirrored-era Battles. “Fracking Blackpool” is another relentless guitar-led tumble through sparse and claustrophobic spaces that plummets into the abyss like a euthanasia-coaster.

In “The Rumble and the Tremor”, guest vocalist Devon Sproule tells the story of a power station that provides employment for a deprived area at the cost of geological destruction. This, along with the hazy dance pop of “Growth and Raindrops” (featuring Saint Etienne's Sarah Cracknell), humanizes the album’s instrumental workings but stringed interlude Mute Ocean, brings us back to the looming apocalypse by exhuming the synth-prog genius of Vangelis and YMO.

There is a scrappiness at the heart of Wireless World that taps into our socio-political anxieties and calls for change. The near-future is looking bleak, but it doesn’t sound so bad.