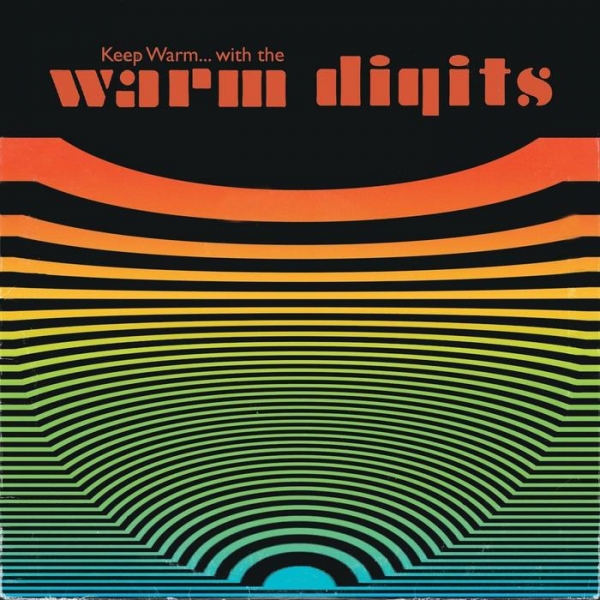 Any beats-orientated band that’s focused on becoming an electrifying live act face a tricky task when charged with making an album. That untamed groove monster that’s guaranteed to send a crowd wild might turn out disappointingly housetrained when stripped of the visual stimulus and sweaty unpredictability afforded by the gig situation.

It’s a challenge Warm Digits must have felt particularly keenly when cutting this, their debut studio effort. Having only recently outgrown their almost entirely improvisation-based origins, the duo’s tasked with transforming their much-acclaimed, organically evolving on-stage workouts into reasonably portioned chunks that will work in home listening. Although Keep Warm…with the Warm Digits could be argued to work best as an advert for the band’s live show, the inspired album delivers the goods with admirable ease.

Drenched in hypnotic repetition and atmospheric minimalism, Keep Warm…with the Warm Digits reeks of some serious Neu! worship, reminding yet again how incredibly influential German experimental music from the 70s – initially as deeply marginalised as you’d expect from that description – has turned out to be. This month alone, the new single from such unlikely Krautrock aficionados as party banger champs Spank Rock straddles a Can sample, and three debuts heavily influenced by vintage German experimentalists – from Sweden’s Roll The Dice, Finland’s Sinnai and, of course, Warm Digits – are set to emerge, with each of the bands doing an admirable job in customising their oft-sampled influences in their own image.

In the case of Andrew Hodson (drums and programming) and Steve Jefferis (guitar and synthesisers), this translates into injecting hefty dosages of dance music’s distinctly contemporary, propulsive drive into the mix, as you might expect from a duo with roots in electronica and DJ’ing. Frequently, the results resemble the classic Neu! Templates stepping on the accelerator instead of making do with the original model’s glacially unhurried ‘motorik’ drift.

As such, Keep Warm…with the Warm Digits cruises down a familiar autobahn: the blatant nod towards Kraftwerk in the title of ‘Trans Pennine Express’ is telling, although it’d also be inspired by train service connecting Newcastle and Manchester where the two halves of the duo are based. But Warm Digits aren’t a single-issue movement. For the most part, the album maintains a compelling momentum that keeps the unappealing prospect of monotony at an arm’s length, assisted by rich textures that prove Warm Digits aren’t content with Krautrock pastiches.

There’s more than a hint of the simultaneously caressing and abrasive textures of the less dozy end of Shoegaze in the guitar sounds, whilst the remarkably regal melodies – check out the celestially grand synth swashes of the epic closer ‘Here Come the Warm Digits’ – suggest the duo’s on first-name terms with similarly Kraut-orientated Norwegian kosmische disco merchants Lindstrom and Arp. Promisingly, the best bit is also the most original: the low-slung, cowbell-empowered funk of ‘Grapefruit’ is a stirring invention, sounding a little bit like similarly Neu! appreciating Fujiya & Miyagi had swapped their quirky pop chops for an unflinching focus on constructing a killer beat.