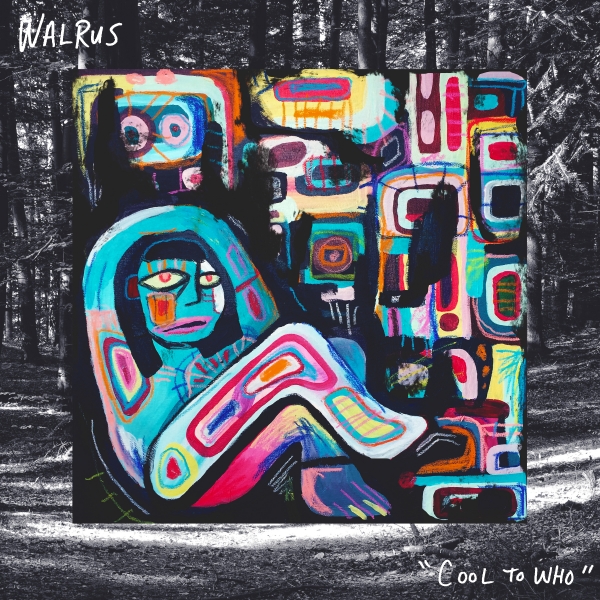 Dealing a concoction of giddy garage rock and tacit neo-psychedelia, the Canadian quartet firmly hit their stride on what amounts to a limber, at times offbeat, tour-de-force.

Founded in 2012, the outfit have, if anything, proved successful in flouting the fabled seven-year itch, which has arguably dogged the lifespan of many a band. Cool To Who represents a partial reinvention for Walrus in both surface and substance; thriving with a nimble grasp of cohesion, unleashing confidence and potential that was intimated but not entirely developed on their 2017 debut Family Hangover.

With tracks laid down against the backdrop of an eighteenth-century theatre, it would be understandable to assume this would lend a dramatic flourish to their second album foray. A relatively innocuous excursion is instead presented; momentary blinks of bombast piercing through a steady stream of guitar pop revivalist fervour. The Nova Scotian four-piece do, however, resist the inclination to exit-stage-left into muted MOR oblivion, opting instead for a balance between brash Britpop bearings and polished balladry that delivers enough bait to hook attention. Toning down the open-ended aspects indulged on their preceding LP, the outfit seem increasingly intent on moulding an ever more consistent identity.

Justin Murphy’s vocals engage with ragged persistence, slinking and vaulting through a spectrum of topics spanning social anxiety and food shortages; subjects curiously underrepresented in the history of modern rock. Inflections of Radiohead and Sticky Fingers-era Stones abound in tighter moments; the graceful motion of “Marcel” forming a particularly poignant example of the latter, paralleled with a title track submerged in cryptic mournfulness. The Kinks-leaning “Mr Insecure” and the Badfinger-esque power pop of “Ballad Of Love (Or Something)” glare with similar retrograde appeal; lyrics extolling an ambivalent sentiment: “We all play if it’s for fun / But the fun never begins”.

Walrus convincingly display a sense of contentment on Cool To Who, guided by a sound redolent of late-'60s/early '70s songwriting; a format that, while not revolutionary in and of itself, is executed with enough style and supple brevity to denote an increasingly honed command of structure in their output.