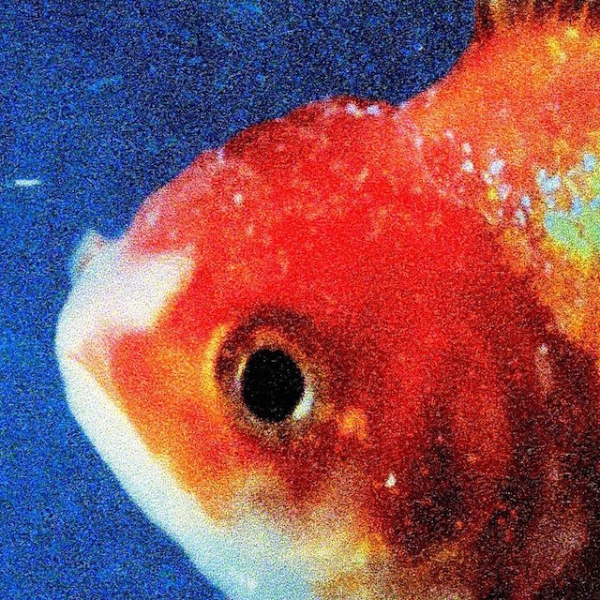 Vince Staples is calling America out on its bullshit.

The Northside Long Beach, California rapper isn’t mincing words or pulling any punches on his new record, Big Fish Theory. He’s lashing out at the Feds, racial profiling, the one percent, pretty women who lie, and the trappings of fame – to name just a few of his lyrical targets – all delivered with Staples' laid back West Coast flow.

And he’s not alone in his dissatisfied chorus of cultural resistance. Staples enlisted some big name guest stars to help bring his second full-length studio album to life, including Kendrick Lamar, Damon Albarn, A$AP Rocky, Rick Ross, and Bon Iver’s Justin Vernon – though some contributions resonate louder than others. Vince naturally remains the centerpiece throughout the rapid-fire record, with the 12 spirited songs burning quickly over the course of the album’s scant 36 minutes (including two transitional numbers, "Alyssa Interlude" – featuring an interview sample from Amy Winehouse – and "Ramona Park is Yankee Stadium", that both stand as ephemeral excursions amidst Big Fish Theory’s grander social themes).

The lead-off song, "Crabs in a Bucket", offers up a modern day twist on the classic idiom ‘like shooting fish in a barrel,’ calling out the blatant, unnecessary force used against easy targets who are already trapped in confining social constructs they aren’t allowed to find their way out of (“Battle with the white man day by day / Feds taking pictures doing play by play / They don’t ever wanna see the black man eat / Nails in the black man’s hand and feet / Put him on a cross so we put him on a chain / Lying to me saying he don’t look like me").

“Big Fish” is the album’s second track as well as its second single, with Juicy J’s triumphant cash counting hook galvanizing Vince’s exploration of wealth from the perspective of both the haves and the have-nots. His younger days were filled with misfortune, hunger, and worries about getting shot at while waiting at the bus stop. But even when public transportation safety concerns have been replaced by riding comfortably in a Mercedes Benz, those early fears never quite leave you, even if you become a star. Staples realises that he’s fortunate to have made it this far, but his success won’t make him complacent or cause him to forget where he came from (“Compensation conversations what I’m all about / Took the smart route, never been marked out / Shoulda been dead, shoulda been chalked out / But it didn’t happen, now it’s time to get it cracking”).

The production throughout Big Fish Theory is often as ominous and agitated as the lyrics themselves, with Zach Sekoff, Christian Rich, Ray Brady, SOPHIE, Flume, Jimmy Edgar, and GTA all adding their own unique sonic flourishes to the dense, spirited tracks. Lead single “BagBak” has an industrial edge to the mix, with Staples growing more animated right along with the track, going off on the failed prison systems and police violence (“Prison system broken, racial war commotion / Until the President get ashy, Vincent won’t be votin’ / We need Tamikas and Shaniquas in that Oval Office / Obama ain’t enough for me, we only getting started”).

The track that will immediately generate the most attention in the hip-hop world is “Yeah Right,” which features Staples joining lyrical forces with Kendrick Lamar. Over roiling beats by SOPHIE and Flume (who only add to the track’s indisputable star power), the two celebrated MC’s both deliver imposing verses worthy of their status, immediately justifying all of the hype that has been brewing around their potential collaboration. Staples and Lamar both emphatically dismantle the criticism, commentary, and tired clichés associated with rap stars, while also showing the brazen lyrical skills that have boldly separated them from their contemporaries.

In Big Fish Theory, Vince Staples has crafted an album that is entirely shaped by the fears, frustrations, pleasure, and pain of these modern times. There are plenty of quick nods to Vince’s revolutionary forebears threaded throughout (including an affectionate tribute to artist Jean Michel Basquiat on "Samo" and a brief “Ali Bomaye” shoutout to Muhammad Ali on "Rain Come Down’". But on this record it is clear that Staples is making his own assertive artistic statement for these turbulent times, while also firmly establishing himself as one of the brash, singular voices that is going to be leading the music world into the chaotic, unpredictable future. Never mind whether Staples is a big fish in a little pond, a fish out of water, or a small fish in a big pond – this album renders all of those petty arguments invalid and pointless. Vince Staples has now composed an innovative ocean entirely of his own devising, the depths of which we are just now starting to comprehend.