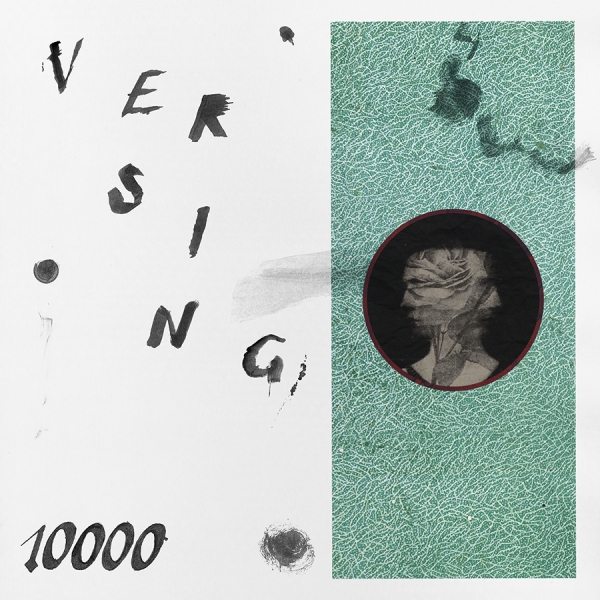 The question “Ten thousand what?” comes to mind. The title of Seattle band Versing’s latest album is one of the more cryptic signals amid its volley of scuffed up melodies and straightforward messages.

If the term ‘noise rock’ was ever a sufficient sound pinpoint, nowadays it doesn’t narrow things down much. There should probably be as many different words for ‘noise’ in modern music as there are Inuit words for ‘snow.’ Versing do make noisy rock, but their fondness for distortion pedals and enjoying their fair share of feedback isn’t what distinguishes them. What does it that they have focused enough attention on finessing said feedback that 10000 shows a measure of awareness and control of its nuances.

Versing’s clamor isn’t overwhelming like Lightning Bolt’s or caustic like Big Black’s. It is not a mark of aggression so much as an indicator of how high their spirits are at any given moment. The band’s verse-chorus instincts are too predominant for them to put on early Sonic Youth art school airs, but guitarist/singer Daniel Salas’ voice bears more than a passing resemblance to that of Thurston Moore, and the fingerprints of Daydream Nation grease 10000’s grooves. That alternative touchstone is one of a few from 1988 (as the band’s own press materials point out) that Versing are well-versed in. Dinosaur Jr.’s Bug, thick with melody and obfuscating impulses, also comes to mind. It is entirely appropriate, then, that Salas met guitarist Graham Baker, bassist Kirby Lochner and drummer Max Keyes via his college radio job at station KUPS in nearby Tacoma -- though of course we’re talking about different eras of college rock.

Salas’ lyrics range from critiquing to affirming to rallying. There is a ‘whether you like it or not’ message of unity in “Tethered”: “One day the timing will be clear / Until then it’s nothing to be feared / Pretending it’s something they were taught / Remember the lessons you forgot / We’re tied together / Tied together.” “Loving Myself” resolves to “Keep loving myself / And everyone else,” and the closing “Renew” that follows keeps with the self-esteem theme. Even if dented in places by swings of irony (this is, after all, a band that named their first album Nirvana), there’s an undeniable positivity underlying 10000 that rises above the din.