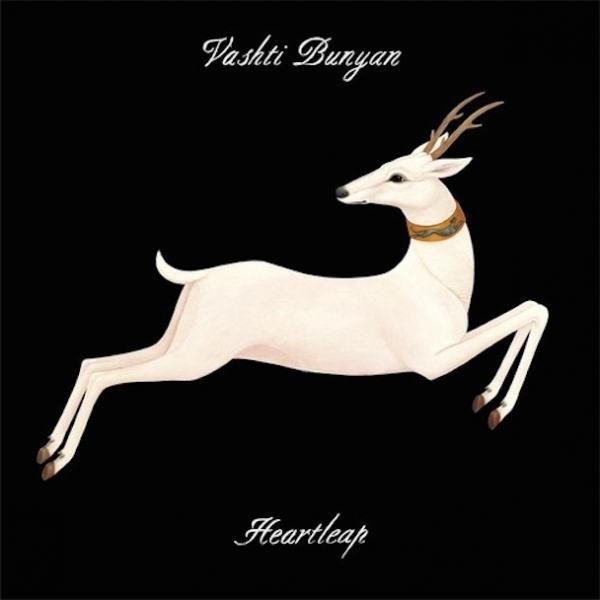 The remarkable story of Vashti Bunyan’s recording career has been told many, many times before. It recounts how a young English singer-songwriter released her first album in 1970 and that there then followed a 35 year wait for its successor. Despite contributions from members of The Incredible String Band and Fairport Convention – two of the most significant and more influential folk bands of the day - string and recorder arrangements provided by Robert Kirby and a production credit for Joe Boyd (men who were both closely associated with the music of Nick Drake), the debut Just Another Diamond Day proved to be a commercial disaster. Acutely disappointed at how the record was not only received but also misunderstood and believing herself to be a complete failure, Bunyan then retreated from both music and public life altogether.

But history re-evaluated Just Another Diamond Day, rightly recognizing it as a jewel in the crown of early, pioneering Brit-folk music. The album was re-issued in 2000 and with her cause championed by a new wave of folk experimentalists including Devendra Banhart, Vashti Bunyan slowly began to re-emerge into the musical light. Guest appearances soon followed on records by Piano Magic, Banhart himself and those Baltimore folk-rock empiricists Animal Collective on their Prospect Hummer EP, as she started to once more find her voice. And with the release of Bunyan’s second album Lookaftering in 2005, her return appeared to be complete.

Despite the passage of time that separates Just Another Diamond Day from Lookaftering, Vashti Bunyan saw her first two records as natural bookends; the first looking forward into life, with the second looking back. It could have all ended there, but for Bunyan the songs that would eventually appear on her third album just kept on appearing.

And with this Heartleap was born. While it's a record that continues the noble lineage of its two predecessors, with Bunyan’s gentle, often wraith-like voice once more drifting effortlessly over the sweet, soft and the most sublime of melodies – beautifully simple songs in which percussion and bass lines have no part – its evolution has been in marked difference. Where collaboration was key to Just Another Diamond Day and Lookaftering – with Joe Boyd and British composer and musician Max Richter assuming respective production duties – on Heartleap Bunyan has taken complete control of the recording and editing process. She speaks of emerging from the shelter of others and in so doing has produced a record that finally reveals the true sounds she hears inside her mind.

Bunyan accompanies herself on guitar and piano, with the latter parts constructed from single notes that she has carefully pieced together. To this more organic instrumentation she's added synthesised string and recorder arrangements and on the record’s ethereal, almost hymnal title track that of a clarinet. Merging these sounds together Bunyan creates an often sparse, yet quietly enchanting musical landscape across which she weaves a series of reflective vignettes. She reminisces about a life rich in love, family and the people she has known. They are tales of warmth and humanity.

As she approachees her 70th year, Vashti Bunyan has said that this will be her last album. For her it says everything that she ever wanted it to. And if this is to be her final offering then it brings to an end an extraordinary recording career that may span 44 years but has only furnished a mere three albums. But as the concluding part of that elongated trilogy, Heartleap is the most magnificent and worthy of valedictions.